As the 25th anniversary of the 1990 release of “Dances With Wolves” approaches, a local wagon maker celebrates a quarter of a century in the movie business. When Hollywood needs a wagon or stagecoach that’s right for the plot, South Dakota wainwright Doug Hansen is the man who gets the call. He’s part of a vanishing breed still building and restoring horse-drawn vehicles that are true to their time and place. 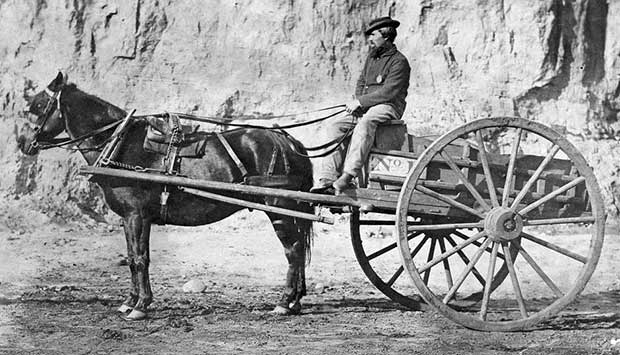 “Dances With Wolves” was filmed in South Dakota, making Hansen a natural for the job. He was commissioned with vetting the accuracy of the army and freight wagons for the film starring Kevin Costner. The set of the Oscar-winning movie, 15 miles from Mount Rushmore National Memorial, is open for public tours.

“Movie producers know that if they don’t stay true to the film’s setting, there will be plenty of people ready to point out their mistakes,” said Hansen. “That’s why we’re always honored when they come to us to make sure things are historically correct.” 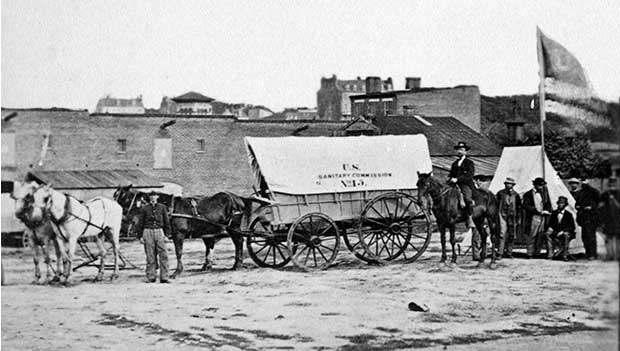 Hansen’s staff is often on location to offer repair and support services. “There just aren’t that many wheelwrights and stagecoach repair specialists around anymore,” Hansen noted. “Prop departments like to have us handy in case there’s a problem.”

Movies and TV aren’t the only places you’ll see Hansen’s handiwork. From his shop on the Dakota prairies, Hansen and his staff at Hansen Wheel and Wagon Shop turn out coaches and horse-drawn vehicles used by customers around the world. From resorts to ranches, residences to retailers, and in far-flung places like Denmark, Uruguay and Japan, Hansen wagons keep visitors, customers and tourists entertained and informed.

Hansen’s wagons and coaches can be seen at Disney theme parks, Knott’s Berry Farm, Henry Ford Village and Fuji Safari Parks. Hansen keeps Budweiser’s fleet of vintage wagons rolling, as well as iconic stagecoaches from the Butterfield Line used by Wells Fargo in commercials and parades. If you’ve taken a hayride or been pulled through the snow in a “one-horse open sleigh,” you may have Hansen Wheel and Wagon to thank. Retail giant Macy’s has Hansen sleighs in their holiday displays. There’s even been an ornate Hansen orchard wagon in the atrium display at the Bellagio Hotel in Las Vegas. 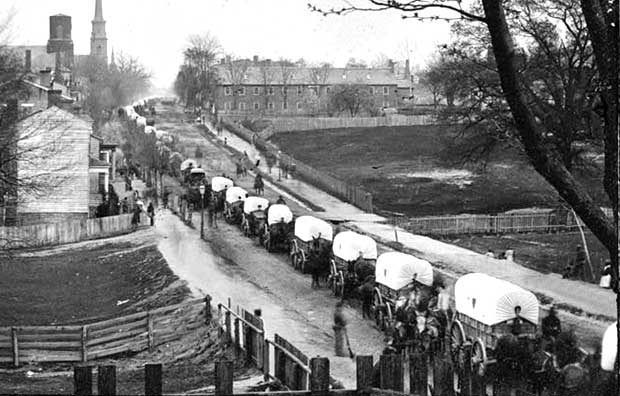 Chances are that if a celebrity or entrepreneur owns a ranch or resort property, there’s a Hansen wagon on it somewhere. Hansen’s products can be found on land owned by Ted Turner and Wilfred Brimley, among other entertainment icons.

When Ameritrade founder Joe Ricketts went into the bison-ranching business in Wyoming, he built a luxury resort called The Lodge at Jackson Fort Ranch. He wanted the property to stay true to its western heritage, so he had Hansen Wheel and Wagon build authentic replicas of the horse-drawn vehicles that would have been in use during the 19th century. 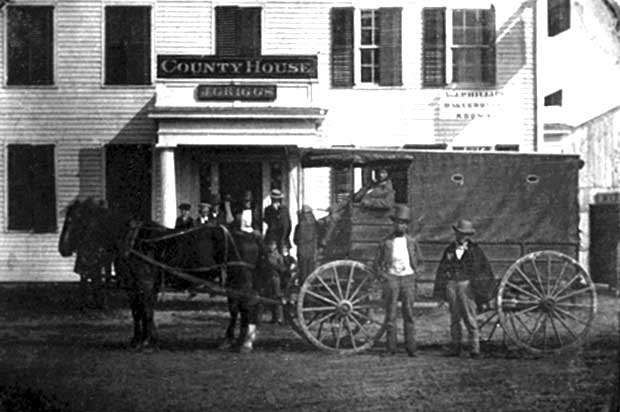 Daguerreotype of a horse and covered cart in front of white frame building in Connecticut, c.1850-60. [Photo: Library of Congress]

Oxbow Energy founder and avid collector Bill Koch’s love of the American West has led him to build a model 19th-century settlement on his ranchland in western Colorado. Hansen craftsmanship and historical knowledge is keeping the western vehicles authentic.

Hansen’s work isn’t limited to wagon-building for corporations, museums and private collections, though. Nearly a third of Hansen Wheel and Wagon Shop’s business comes from interior designers and film production prop departments. Many decorators, designers and photographers come to his shop for smaller decorative items like wagon wheels, yokes, horse collars and all manner of western-themed artifacts for their studios or clients’ homes and businesses. Hansen custom-builds fully-functional scaled-down replica wagons and coaches for kids’ rides or decorative and advertising use. 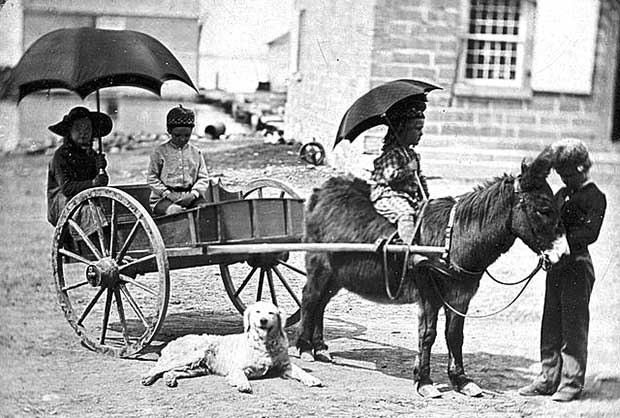 Daguerreotype of children in donkey cart with dog, c1850. [Photo: Library of Congress]

Part historian, part archaeologist, and all craftsman, Hansen takes particular pride in the restoration work done in his shop that has made him an authority on the history of wagons, coaches, and their accessories. “I feel privileged that so many museums and historical societies come to us to restore wagons in their collections,” says Hansen. “We’ve built or restored nearly every type of horse-drawn vehicle from 17th-century ceremonial coaches to Wild West stagecoaches and chuck wagons.”

While Hansen’s products are firmly rooted in the past, the company’s reach is high tech through its Magento ecommerce website, www.hansenwheel.com. Online ordering allow customers everywhere to shop 24-7.