Every word we use has its own story, and has changed, sometimes many times, since some man or woman or child first used it. Some words are very old and some are quite new. Often, in the 19th century, a new fashion trend was named after a well-known person just to make it seem distinguished or memorable. Both Wellington and Blucher, the two generals who fought together against Napoleon at Waterloo, gave their names to different kinds of boots. A Chesterfield overcoat is so called because the tailor wished to suggest that it had all the elegance displayed in the clothing of the famous 18th century dandy, the fourth Earl of Chesterfield. Moreover, no description of Victorian women’s fashions would be complete without some mention of the notorious lady, Amelia Bloomer, who had the courage to attempt to introduce reform in the conventional dress for women with her scandalous divided skirts—”bloomers.” 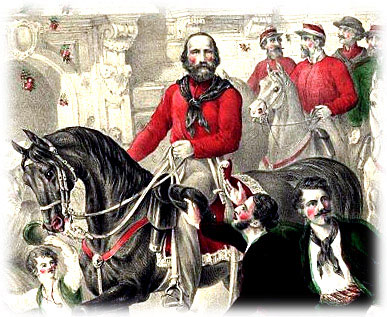 Garibaldi in his famed red shirt. 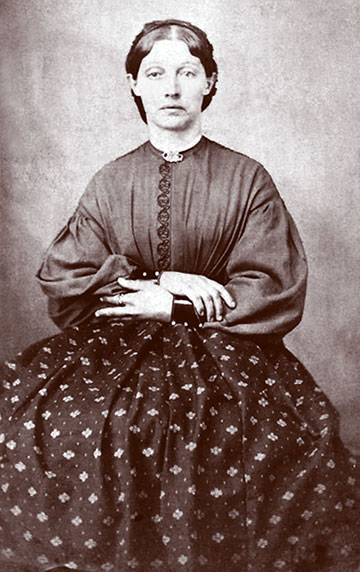 First introduced by Empress Eugenie of France in the early 1860s, the loose-fitting bodice was named after the Italian hero and was popular in both Europe and America as a comfortable garment for both women and children. In 1862 Godey’s magazine declared that the Garibaldi shirt was “a change amounting to revolution in ladies’ costume.” In shape and pattern it was made in the same way as a Victorian gentleman’s shirt with pleats in front, extending just below the waist, with full sleeves and turned down cuffs. 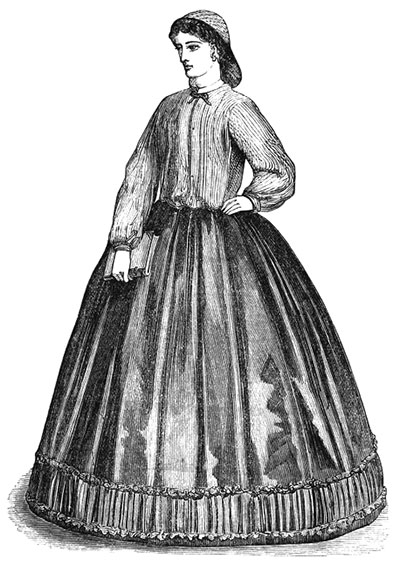 The shirt was made of one material, often in a printed flannel, merino, muslin de laine, printed cambric, foulard, or pique. The ends of the Victorian shirt were left so as to be tucked underneath the skirt and still long enough to hang over in “bag fashion” all round producing a free flowing and graceful effect. The garibaldi shirt was considered a pretty garment for morning, breakfast, or demi-toilette. 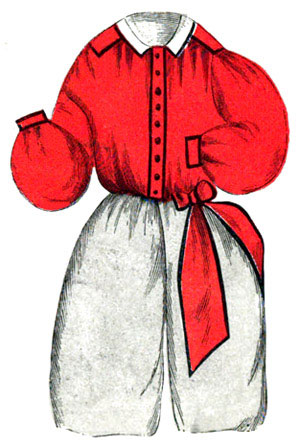 1862 outfit for a young boy features the Garibaldi shirt. 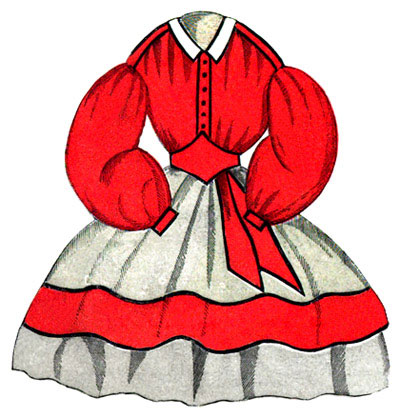 1862 outfit for a young girl includes the Garibaldi shirt.

The early Garibaldi shirt was of bright scarlet merino, pleated in the front with black buttons, and braided in black with a turnover collar. The Garibaldi style shirt was worn by women and young girls with a full skirt. Boy’s fashions also imitated the style, taking advantage of the loose-fitting comfort of the garment. 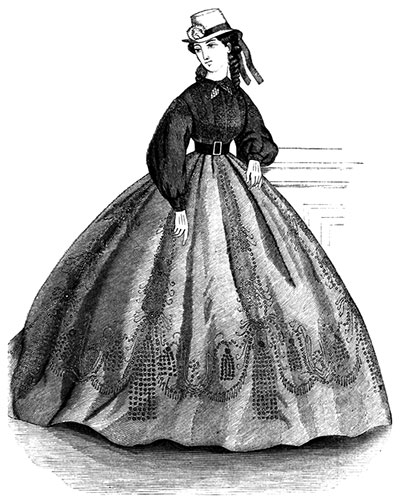 This Civil War era engraving features a steel-colored skirt that is stamped to resemble an embroidery of jet beads and a Garibaldi waist of blue de laine stamped to simulate braiding. 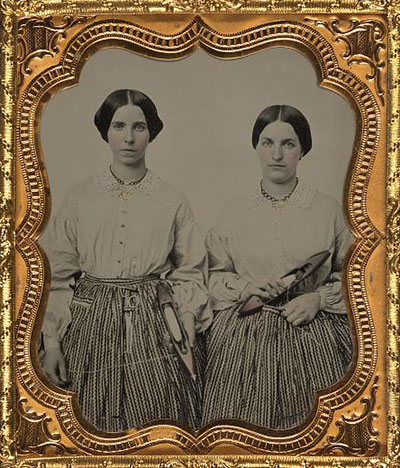 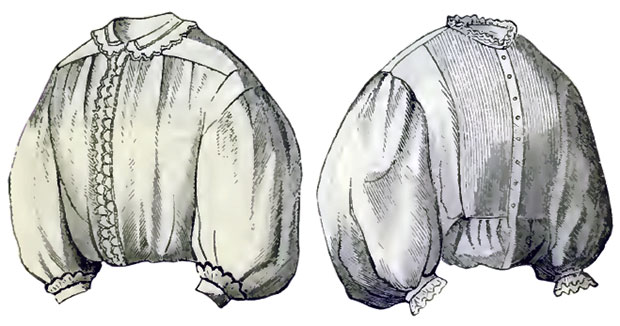