Above is a Virginia clapboard Victorian house built c. 1876. The house is noteworthy on the exterior for its mansard roof, cast iron roof decoration, and carved porch trim. This architectural style, originating in France and fashionable during the late 19th century, is referred to as Second Empire. America loved the Second Empire style with its popularity peaking between 1865 and 1880. Some of the great hotels built in the late Victorian era featured these architectural elements. 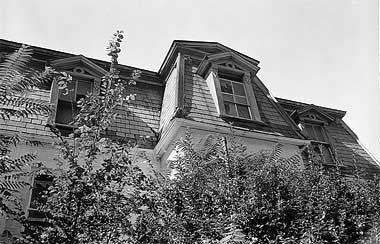 Characteristics of the Second Empire include a projecting tower, balcony with iron railings, bay windows, diamond-shaped slate, hooded dormers, and a side veranda. But the most striking feature of Second Empire architecture is the Mansard, or “French” roof. 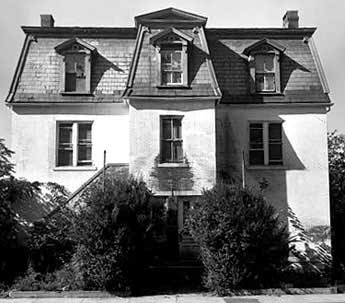 The Mansard roof, named after the 17th century Parisian architect Francois Mansart, provides light and headroom in the upper story attic. It was found on not only the mansions of the wealthy but on ordinary houses, including row houses in American cities. 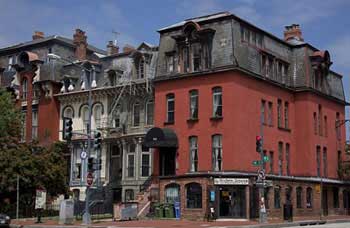 Featured here are French house plans from 1878, designed for a cottage with a Mansard or French roof.