Did you know that Thanksgiving was one of just a few holidays celebrated by 19th-century New Englanders – and by far, it was the most important? Beginning Thanksgiving Day, Thursday, Nov. 27 through Sunday, Nov. 30, 2014 Old Sturbridge Village costumed historians and interpreters will bring to life Thanksgiving traditions 1830s-style – demonstrating hearth cooking, Native American food traditions, musket sharpshooting matches, and a re-created wedding. Also, tales, tunes and hands-on crafts will be offered throughout the holiday weekend. For details visit www.osv.org or call 800-SEE-1830. 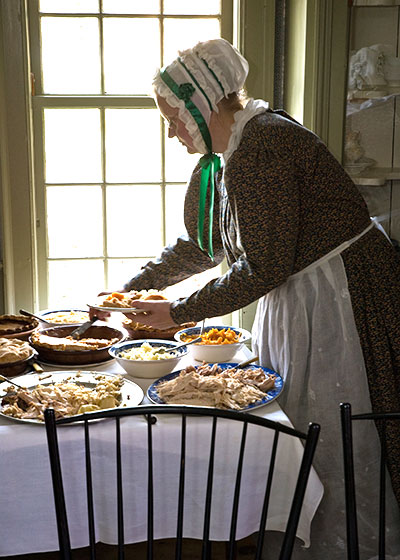 Turkeys were much smaller in the 19th century because they walked to market. Before railroads, it was common for ‘turkey drovers’ to drive herds of 200 domesticated turkeys from central Massachusetts to the main meat market in Brighton, near Boston. A common route was right through Sturbridge on the old Boston Post Road, now Route 20. 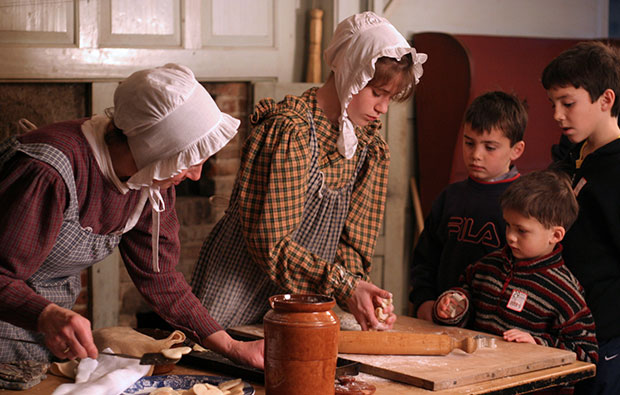 Thanksgiving pies were baked weeks ahead, and tucked into unheated bedrooms and attic spaces to freeze until the holiday arrived. 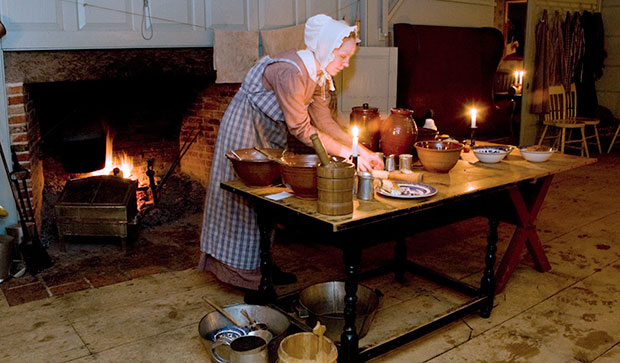 Old Sturbridge Village historians in 1830s costume will roast turkey in a “tin kitchen,” or reflector oven, which was a kitchen innovation in the 1830s. They will also roast meat dangling from a string over the hearth – a clever and easy way to rotate the meat for even cooking. Turkeys were much smaller than the big supermarket “butterballs” we see today, so preparing turkey was a lot of work for not much meat. In the 1830s chicken pie, mincemeat pie (with real meat), boiled stuffed chicken, and roast mutton were often served along with turkey for the Thanksgiving meal.

Native American historian Marge Bruchac, portraying “Indian Doctress” Molly Geet, will talk about Algonquian food traditions, noting that virtually all of the foods we associate with the Thanksgiving feast – turkey, cranberries, corn, squash, etc. – are foods cultivated or hunted by the original Native people of New England, who introduced these foods to European colonists. These Native people held not one, but many Thanksgiving feasts – one for every harvest in every season. Their ‘Harvest Thanksgiving,’ when squashes were gathered in from the fields and dried, fell roughly into season with Anglo-American autumn harvest festivals. 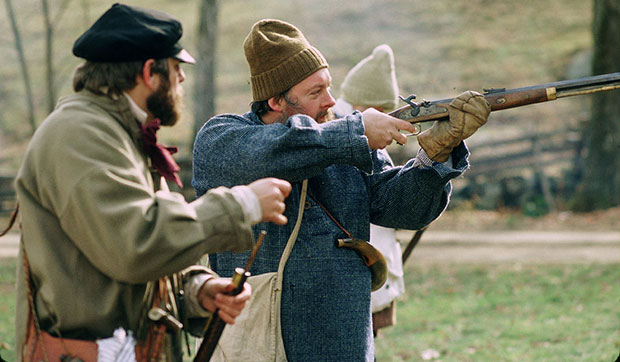 Visitors can watch an after-dinner shooting match between Village sharpshooters firing black powder muskets. These shooting matches were a popular pastime in early New England, much like watching football games is today. Male villagers will gather with their flintlock smooth bore guns and try to shoot the closest to a paper target. The prize was often a turkey in these “turkey shoots.” 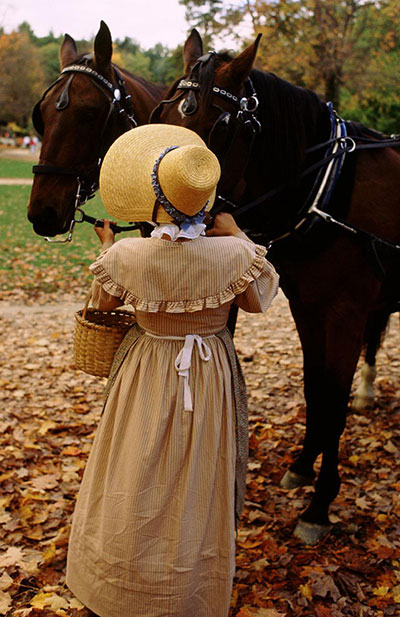 Thanksgiving was also the most popular time to get married in early New England because the hard work of harvesting was done, and families had more time to travel and socialize. The wedding at Old Sturbridge Village will re-create the simple style of the early ceremonies. Wedding garments were often just the groom’s best tail coat and the bride’s best dress – not the elegant white gowns that became popular in the late 1800s.