Re-create a royal menu at home with Royal Collection Trust’s first-ever cookbook, A Royal Cookbook: Seasonal Recipes from Buckingham Palace. Written by the Royal Chef and the Deputy Master of The Queen’s Household, A Royal Cookbook presents four three-course menus adapted from those prepared in the kitchens of Buckingham Palace and served to guests of Her Majesty The Queen. 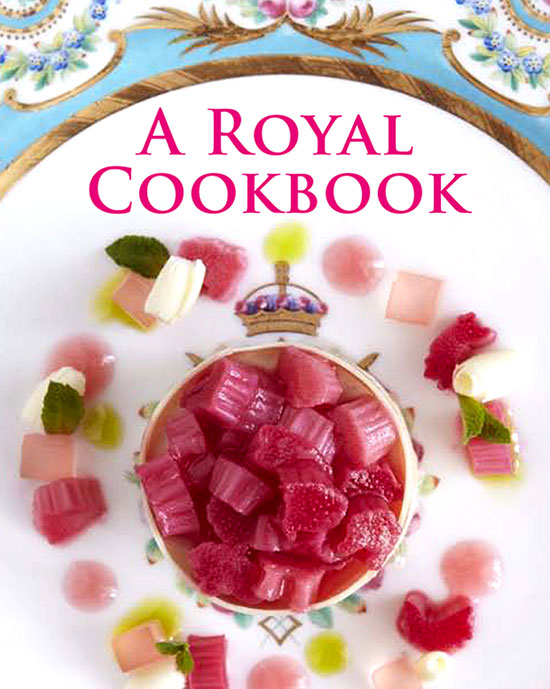 Over 50,000 people are welcomed to Buckingham Palace each year as The Queen’s guests at State Banquets, lunches, dinners, receptions and garden parties. For official royal occasions, many dishes are presented on porcelain from the Royal Collection, such as the magnificent Coronation Service, most recently used at the State Banquet for the President of the Republic of Korea in November 2013. One of the most ambitious china services ever produced by an English factory, it was commissioned by William IV from the Rockingham Works and first used at Queen Victoria’s Coronation Banquet in 1838. 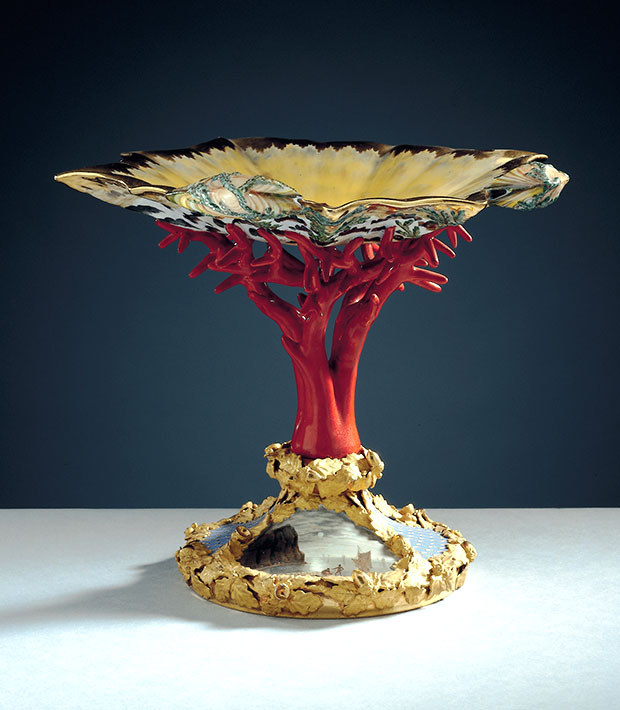 The Rockingham Service, originally consisting of fifty-six large pieces and twelve dozen plates, may claim to be the most ambitious ever produced by an English factory – Rockingham Works. The service was ordered by William IV following his accession in 1830, but not completed until 1837, when it was placed on show at the Bramelds’ London showroom in Tichborne Street. It was still on display there at the time of the King’s death in June, and remained unused until Queen Victoria’s coronation the following year. [Image credit: Royal Collection Trust / (C) Her Majesty Queen Elizabeth II 2014]

Organized by season in keeping with the royal kitchen’s commitment to fresh, seasonal cooking, the recipes range from elaborate entrees to tea-time treats and are accompanied by tips on presentation and entertaining from Deputy Master of the Royal Household Edward Griffiths. For those inclined to bring out the fine china, the book also includes illustrations and explanations of the tableware, floral arrangements, and other decorative items that adorn the royal table throughout the year, as well as stories and photographs from the history of royal dining, drawn from the Royal Archives and the Print Room at Windsor Castle. 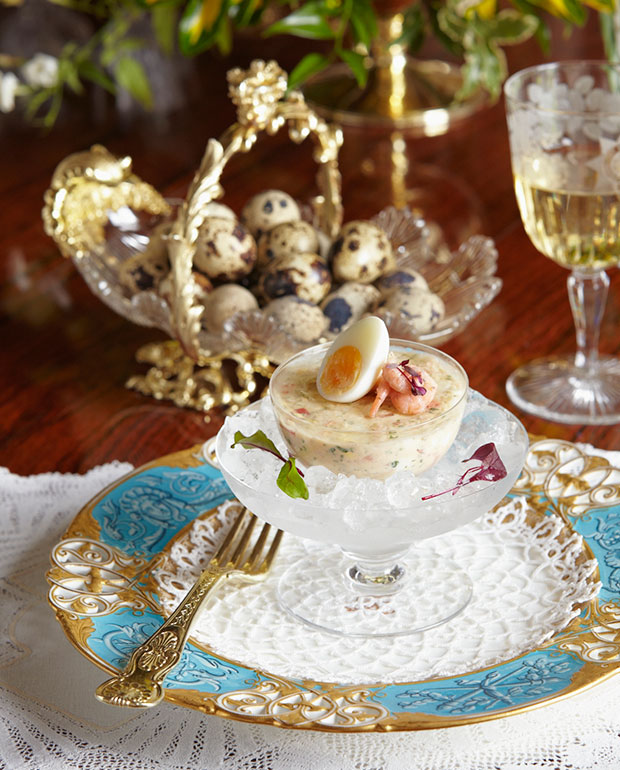 Among the book’s recipes are Eggs Drumkilbo, a first course of hard-boiled eggs, lobster and prawns much loved by Queen Elizabeth The Queen Mother, cutlets of lamb with a mint and lemon sauce, and Blackcurrant Sorbet, particularly fashionable during the reign of George IV (1820–30). 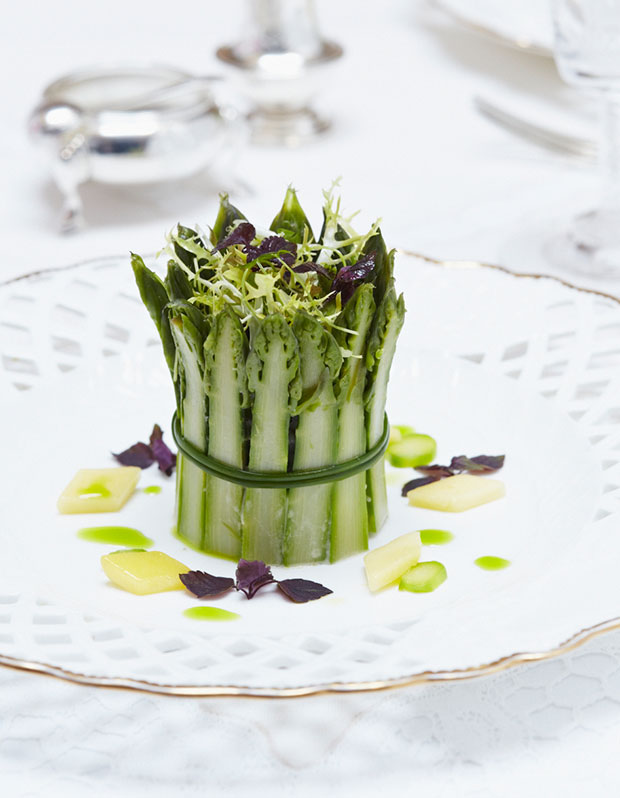 The recipe for Chocolate Biscuit Cake, best known as one of the two cakes made to celebrate the marriage of Their Royal Highnesses The Duke and Duchess of Cambridge, is included in addition to the four menus. Accompanying each course are presentation tips, from enhancing the height of your crown of asparagus to creating a decorative effect with your blackcurrant sorbet. 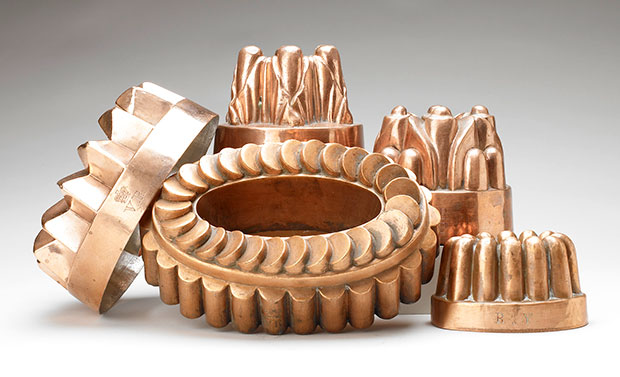 A Royal Cookbook also tells the story of royal dining through history; from the first recorded serving of ‘ice cream’ in England at the Garter Banquet for Charles II in 1671 to the thousands of dishes eaten at George IV’s extravagant Coronation Banquet, including 160 tureens of soup and 400 jellies and creams. 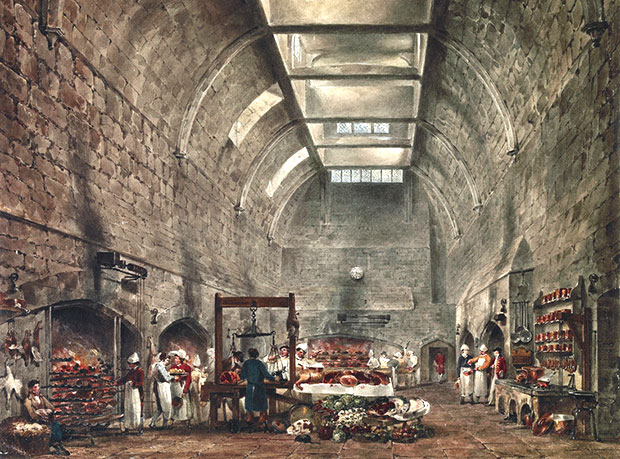