1932 Auburn 8-100 A Speedster, designed by Alan Leamy, Auburn Automobile Company, Auburn, Indiana. The design begins with a long hood and flowing front fenders, continues through the raked windshield and low roofline, and terminates with the iconoclastic "boattail." Like wood boats of the era, the body is framed in wood.

Experience the exuberance of the Roaring Twenties as well as Depression era extravagance by viewing four classic automobiles on view at the University of Notre Dame Snite Museum of Art. Manufactured within the American heartland—Detroit, South Bend, and Auburn, Indiana––these classic automobiles epitomize American car design as well as technological prowess of the era.

Cars featured include an award-winning 1932 Auburn boattail Speedster, aptly named following speed records it earned as well as for “boattail” streamlining that reduced the ability for competing race cars to draft the Speedster. While an extremely elegant automobile, the 1932 Packard Light Eight evidenced financial stresses the Great Depression placed on the Packard Motor Car Company. This smaller, lighter, and more affordable Packard roadster featured a rumble seat, a special compartment for toting ones golf clubs, and the Packard “shovel-nose” grill. 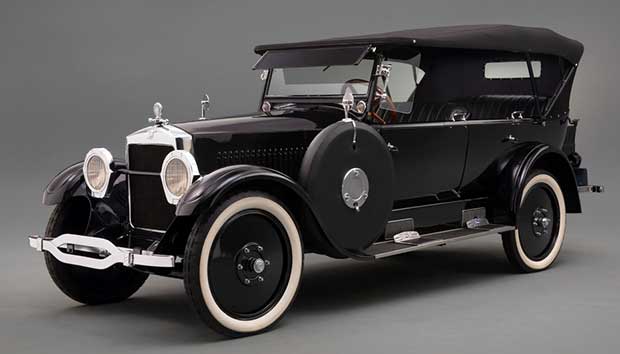 The 1920s Studebaker Big Six Speedster featured a more spacious interior because it did not utilize jump seats. This Big Six is one of four known remaining from 1923, it has benefited from a professional frame-up restoration, and it has received numerous awards including best of show at the Geneva Concours d’Elegance.

The 1931 Cadillac is a dual cowl phaeton—passenger seating is separate from the driver’s cockpit and features its own, second windshield. The 1923 Studebaker Big Six Speedster was likely manufactured in Detroit. Studebaker National Museum Archivist Andrew Beckman indicates, “The Big Six was Studebaker’s flagship model during its nine-year run and drew its name from its 353 cubic inch inline six-cylinder power plant that produced 65 horsepower in 1923.” 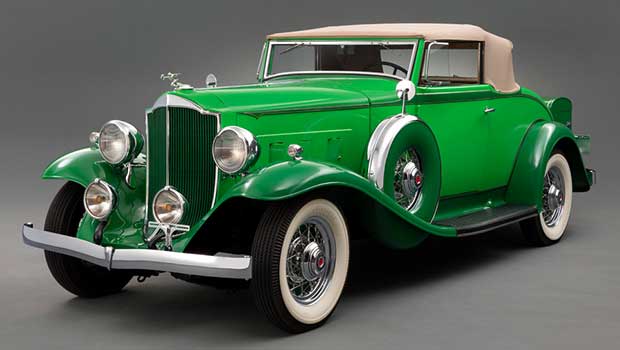 The 1932 Packard Light, while a great value, proved too expensive for the Depression era and was manufactured for just one year. This particular model is accessorized with the Goddess of Speed (“donut pusher”) hood ornament, a lighted golf bag compartment and front and back seat cigar lighters.

The automobiles are generously lent from the Jack B. Smith Jr. Automobile Collection. Smith is a member of the DeBartolo Center for the Performing Arts Advisory Council at the University of Notre Dame, where he and his wife Laura D. Arauz Smith funded the Laura and Jack Boyd Smith Jr. Endowment for Excellence in Performing Arts; they generously support the Notre Dame Summer Shakespeare program (Mrs. Smith serves on its advisory board); they have also supported a fellowship in the Mendoza School of Business, The Smith Library Collection in Business, and teaching labs within the Jordan Hall of Science.

Get Victoriana by Email