In the mid-19th century, as scientific adventurers such as Charles Darwin and Philip Henry Gosse unlocked secrets of the oceans, interest in sea life, both marine and fresh-water, soared and the aquarium mania began. Moreover, with the recent invention of inexpensive plate glass – glass display cases such as the wardian case, the vivarium and the aquarium were not an indulgence of only the wealthy. 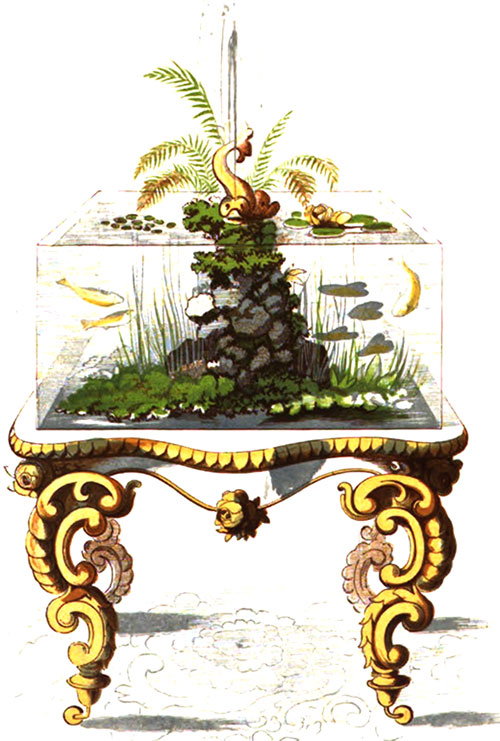 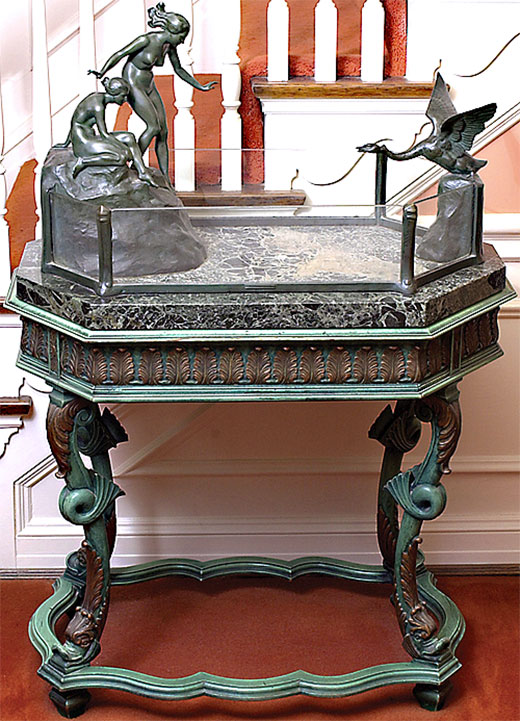 The glass aquarium, with its panoramic view, became the equivalent of a 19th century television set. Assigned a prominent placement in the parlor, friends and family gathered “to watch the liveliness of its inmates”, not too unlike 21st century folks getting together to watch a favorite TV program. In 1856, the aquarium was declared “an established household ornament.” 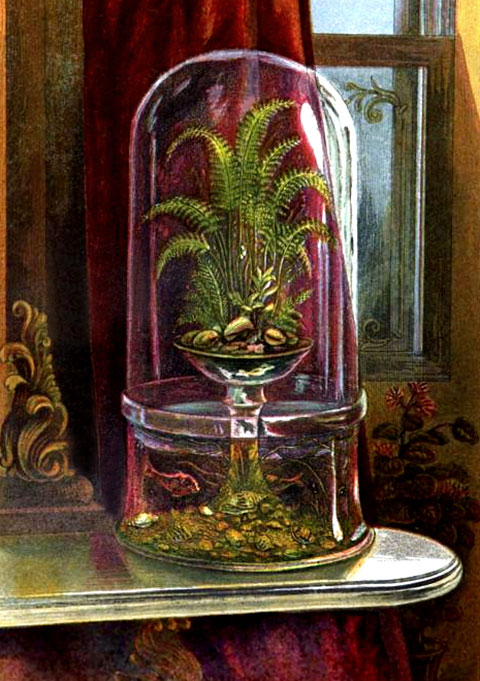 COMBINATION AQUARIUM AND WARDIAN CASE
Antique Aquarium from “Hints for the Formation of a Fresh-Water Aquarium,” 1858. 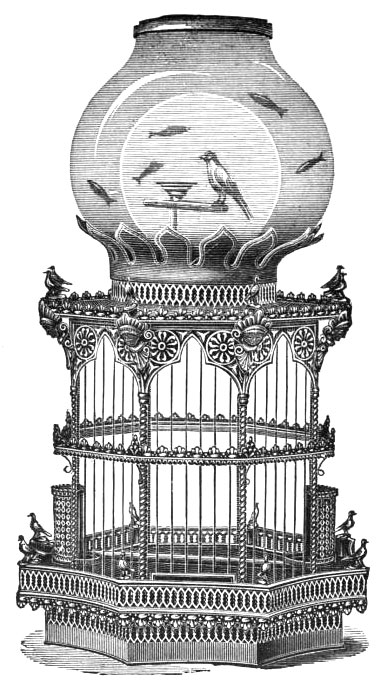 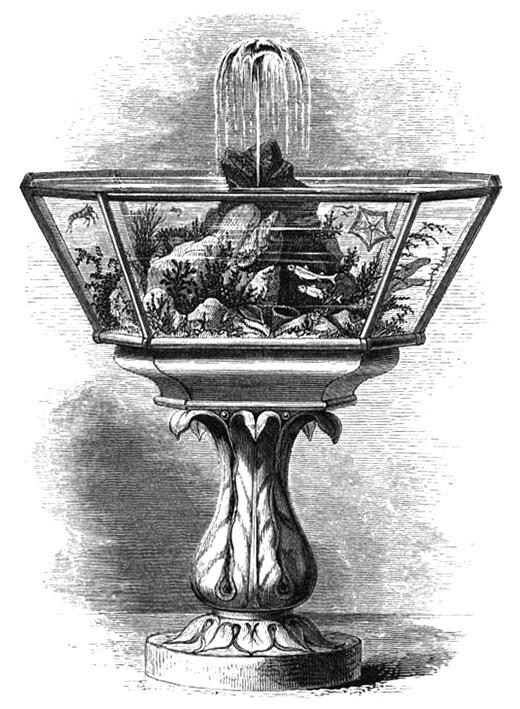 19th CENTURY FOUNTAIN AQUARIUM
From “A handbook to the marine aquarium” by Philip Henry Gosse, 1855.

The marine aquarium first attracted the student like a museum and afforded a study of ocean creatures and plant life to a few; but the fresh-water aquarium, with a decided ease of access to its contents, was well-adapted for the delight of thousands. To the hard-working town dweller, who seldom saw the country, or had an opportunity of witnessing the interesting operations of nature, an aquarium became a source of entertainment. 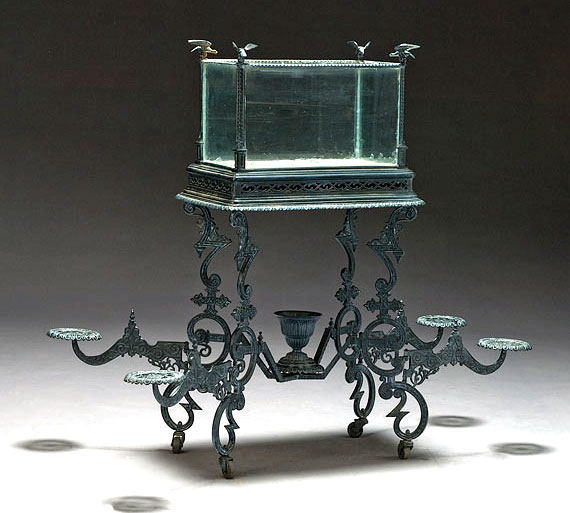 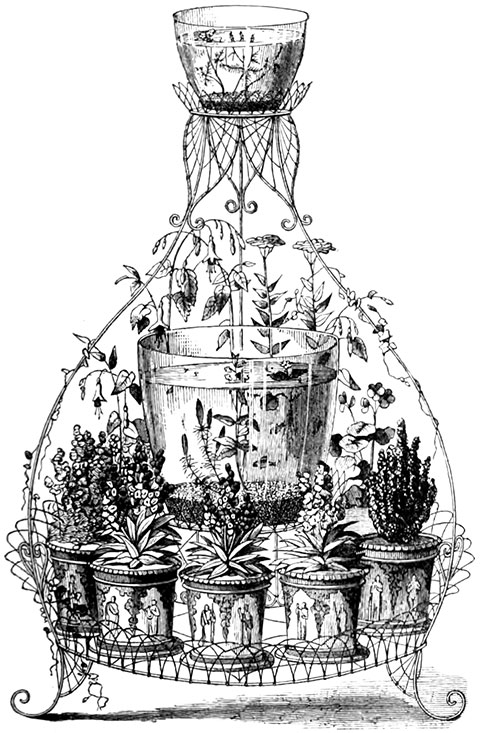 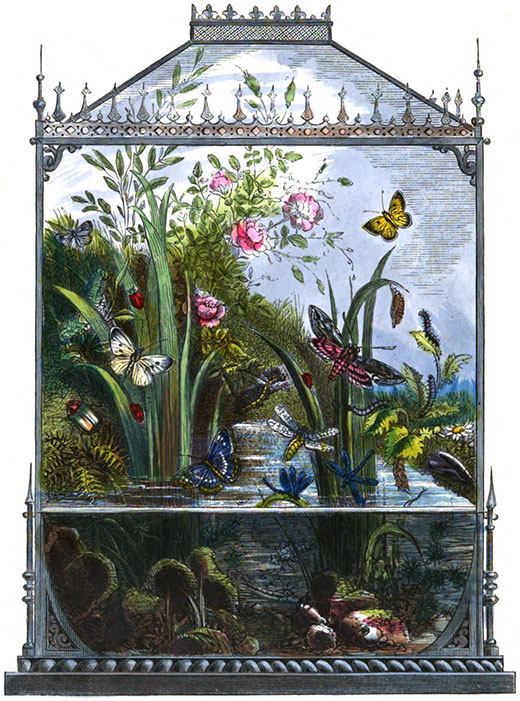 The fashionable lady had a magnificent plate glass aquarium in her drawing room while the schoolboy kept an aquarium of lesser pretensions in his study. The back pages of newspapers were filled with notes on aquaria, and a multitude of shops were opened for the simple purpose of supplying aquaria and their contents. Numerous books were written with instructions on the care and furnishing of the new parlor aquariums. 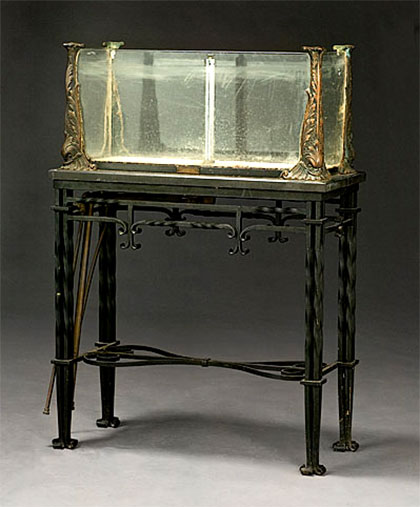 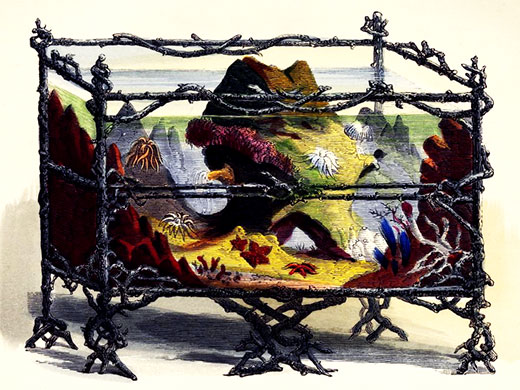 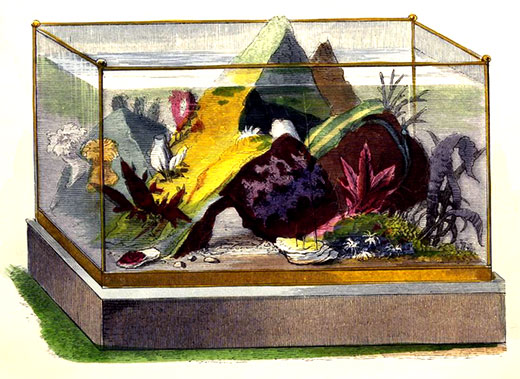 To gather these sea creatures, plants, and the ocean water they thrived on, Victorians flocked to the seashore armed with jars, pots, or buckets. Anyone could be a deep-sea explorer. In “Rustic Adornments for Homes of Taste,” Hibberd instructs, “The pleasant way to form a collection is to turn collector; to haunt the shore and skim the surface, and drag the bottom of the sea; with such nets, dredges, jars, and baskets as suit the scene, the season, and the collector’s turn of mind.” By the late 19th century, seaside resorts such as Brighton, England, sprang up in Europe and America, for the ocean was now considered a holiday spot for both the wealthy and working class. 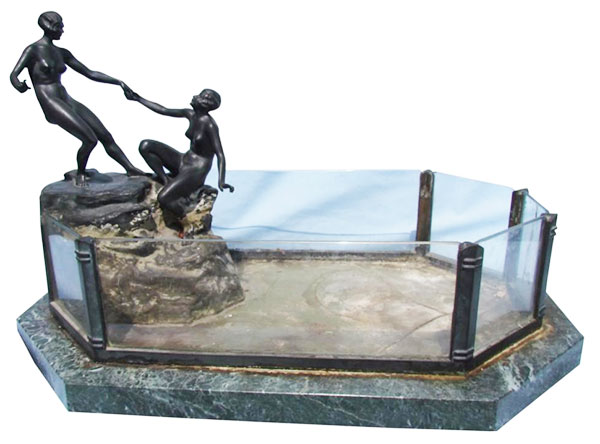 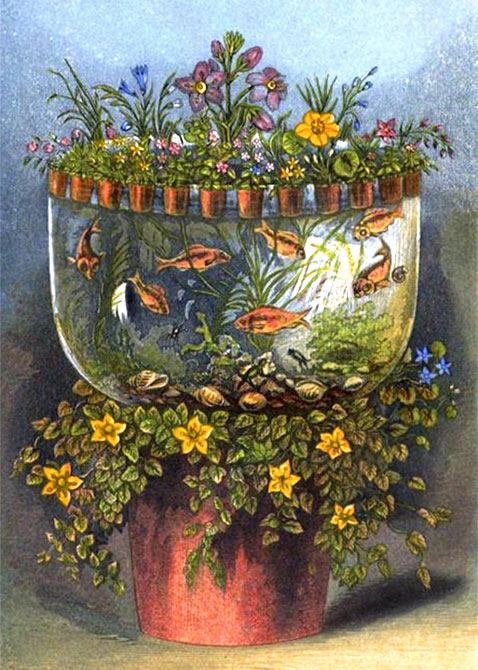 Antique Aquarium from “Hints for the Formation of a Fresh-Water Aquarium,” 1858. 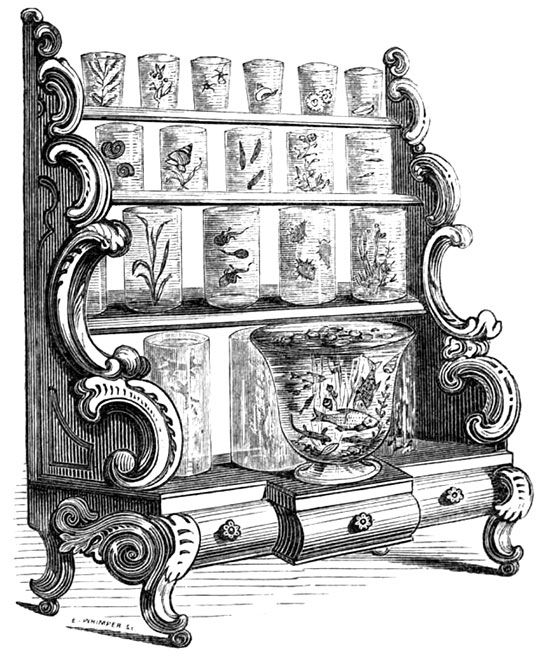 CABINET AQUARIUM
From “The Book of the Aquarium” by James Shirley Hibberd, 1860.

An Art Deco aquarium caused excitement at a Cottone auction in Geneseo, N.Y., in October 2013. The 5-foot-high metal and glass lamp and fish bowl sold for $805. Cowles Syndicate Inc.

The antique aquarium, whether river or marine, proved most attractive as a splendidly ornamented parlor trophy and was yielded a place of pride. Sometimes the aquarium sat atop lavishly carved tables or had a six or eight-sided shape that fit into a stand. Many had a cast iron frame, though some were made of wood. At times the aquarium was combined with a wardian case, bird cage or plant stand to form a large accent piece that would dominate a corner of the parlor. In “The Ocean at Home: An Illustrated History of the Aquarium,” author Bernd Brunner declares, “By the 1860’s, aquariums were being mass-produced in every possible shape and combination, often so elaborately decorated that one wondered what was more important – the contents, or the aquarium itself.”