The exhibition ‘Paris 1900, The City of Entertainment’ allows visitors to relive the splendor of the French capital at the time when the Paris Exposition Universelle was heralding the arrival of the 20th century. More than ever before, Paris was seen throughout the world as a sparkling city of luxury with a sophisticated way of life. Over 600 works plunge visitors to the Petit Palais into the atmosphere of Belle Époque Paris. There are pain­tings, objets d’art, costumes, posters, photographs, films, furniture, jewelry and sculptures. The technical inventions, the cultural effervescence, and the sheer elegance of Parisian women are staged and displayed as represen­tative legends of that Paris whose image has been promoted in literature and the cinema throughout the world. 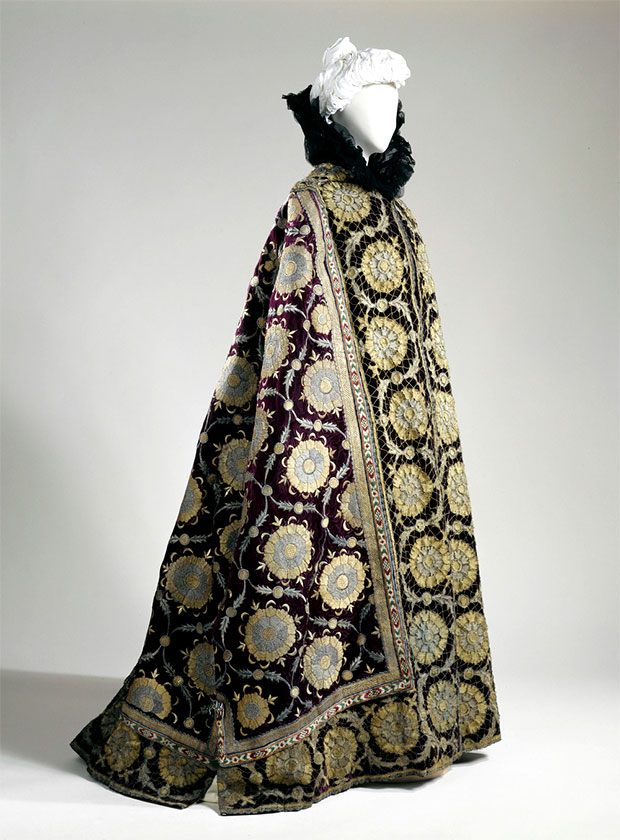 An inventive and original scenography integrating the new-fangled cinemato­graph into the museum trail takes the visitor on a journey similar to that made by the 51 million tourists who flocked to Paris in 1900. The trail is organized around six ‘pavilions’ and begins with a section called ‘Paris, window on the world’ – a reference to the Exposition Universelle. New railway stations were built for the Exposition: the Gare de Lyon, the Gare d’Orsay and the Gare des Invalides, as well as the first Metro line, the Métropoli­tain. This extraordinary event is commemorated in the exhibition with ar­chitectural projects, paintings, films and also picturesque souvenirs and pieces of scenery and decoration that have been kept since the time. 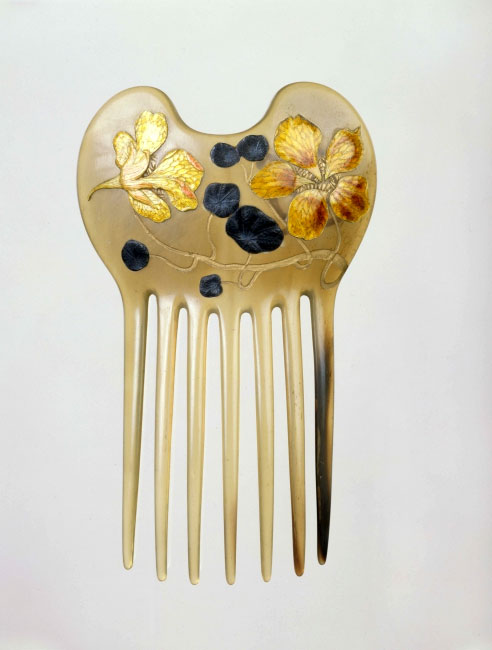 But ‘Paris 1900’ is far more than a tribute to the Exposition Universelle. Paris at that time offered many more opportunities for wonderment and for spending your money. In the luxury shops and the art galleries, art-lovers could discover the creations of the pioneers of Art Nouveau. They are presented here in a second pavilion devoted to masterpieces by artists such as Gallé, Guimard, Majorelle, Mucha, and Lalique. The third section is allotted to the fine arts and underlines the central place that Paris occupied on the art scene. At that time talents from everywhere were converging on the French capital to train in studios, to exhibit in the Sa­lons and to sell their wares in the expanding network of art galleries. The inter­national aspect is evoked with paintings by Edelfet, who was Finnish, Zuloaga, a Spaniard, and the American Stewart. But the show also holds up for comparison paintings by Cézanne, Monet, Renoir, Pissarro, and Vuillard, alongside works by Gérôme, Bouguereau and Gervex, artists whose acclaim ranged from Aca­demicism to Impressionism (now finally recognized), to late Symbolism, with new figures to contemplate such as Maillol and Maurice Denis, while the art of Rodin reigns supreme. 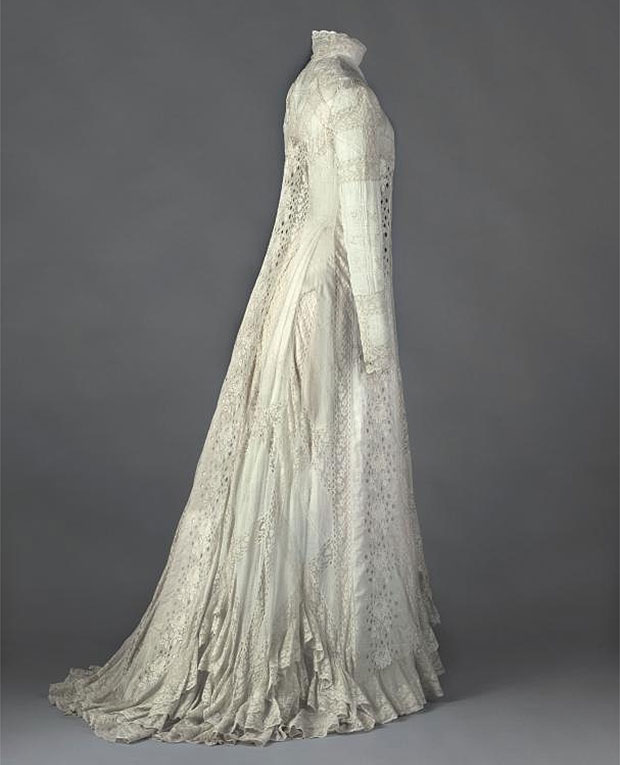 The visitor is next confronted by the creations of Paris fashion, then at its zenith. Its success was emblazoned on the monumental doorway to the Expo­sition Universelle, which was surmounted by the figure of a Parisian woman dressed by Jeanne Paquin. The fashion houses of the Rue de la Paix attracted a vastly wealthy cosmopolitan clientele, and also served as inspiration for the clothes of the midinettes. The finest treasures of the Palais Galliera, like the famous evening cape by Worth, is accompanied by large society portraits by La Gandara and Besnard, and paintings depicting the world of milliners and dressmakers’ errand girls by Jean Béraud and Edgar Degas. 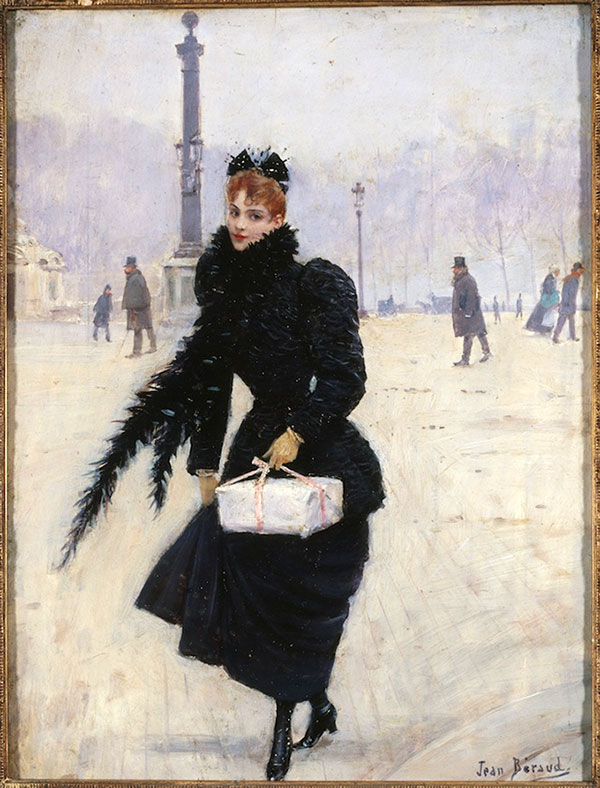 The remaining two pavilions offer a taste of the world of entertainment in Paris: from the triumphs of Sarah Bernhardt to the successes of Yvette Guil­bert, from Debussy’s Pelléas et Mélisande to l’Aiglon by Edmond Rostand, from opera to café-concert, and from the circus to the brothels. The illustra­tions of the bright as well as the dark side of this city abandoning itself to plea­sure give substance to the idea that it remained the capital of the world and the source of all gratifications. Legendary venues like the Moulin Rouge and Le Chat Noir became favorite subjects for artists like Toulouse-Lautrec. From the great demimondaines Liane de Pougy and La Belle Otero to the horrors of pros­titution and drugs, the exhibition shows the other side of the picture, themes which would prove to be influential in aesthetic revolutions.

The legend of the Belle Époque has endured to this day not only because of the contrast with the horrors of the First World War, which followed so soon after it, but because there was a genuine cultural blossoming. Its unprecedented force is demonstrated in this exhibition. The Petit Palais is the most beautiful archi­tectural gem remaining from the year 1900 in Paris. Now at last this wonderful building devotes an important exhibition to that seminal period. There is a program of events and an extra trail through the permanent galleries, showing paintings from the collection that have never been seen before. A tribute to the period such as Paris has never yet seen.

ABOUT THE PETIT PALAIS:
Built for the 1900 Universal Exposition, the Petit Palais is a masterpiece designed by architect Charles Girault. In 1902 it became the Musée des Beaux-Arts de la Ville de Paris. It boasts a fine collection of paintings, sculptures, furniture and objets d’art dating from the Antiquity up to 1914. Its riches include an exceptional collection of Greek vases and an im­portant body of 17th-century Dutch and Flemish paintings, with Rem­brandt’s famous Self-portrait in Oriental attire as its centerpiece. The magnificent collection of 18th and 19th-century French works includes major pieces by Fragonard, Greuze, David, Géricault, Delacroix, Cour­bet, Pissarro, Monet, Renoir, Sisley, Cézanne and Vuillard. In the field of sculpture, the museum is proud of its fine Carpeaux, Carries and Dalou pieces. The decorative art collection is particularly rich in Renaissance and 1900 works, encompassing glasswork by Gallé, jewellery by Fou­quet and Lalique and the dining room designed by Guimard, among others. Lastly, the museum possesses a splendid graphic arts collection with, for example, the complete series of engravings by Dürer, Rem­brandt, Callot and others, and a rare set of Nordic drawings. [www.petitpalais.paris.fr]