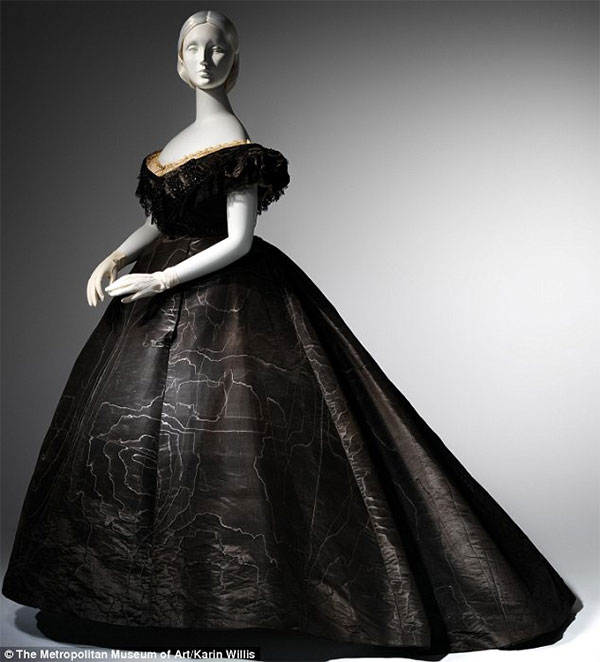 Death Becomes Her: A Century of Mourning Attire, The Costume Institute’s first fall exhibition in seven years, will be on view in The Metropolitan Museum of Art’s Anna Wintour Costume Center from October 21, 2014 through February 1, 2015.  The exhibition will explore the aesthetic development and cultural implications of mourning fashions of the 19th and early 20th centuries.  Approximately 30 ensembles, many of which are being exhibited for the first time, will reveal the impact of high-fashion standards on the sartorial dictates of bereavement rituals as they evolved over a century.

“The predominantly black palette of mourning dramatizes the evolution of period silhouettes and the increasing absorption of fashion ideals into this most codified of etiquettes,” said Harold Koda, Curator in Charge of The Costume Institute, who is curating the exhibition with Jessica Regan, Assistant Curator.  “The veiled widow could elicit sympathy as well as predatory male advances.  As a woman of sexual experience without marital constraints, she was often imagined as a potential threat to the social order.” 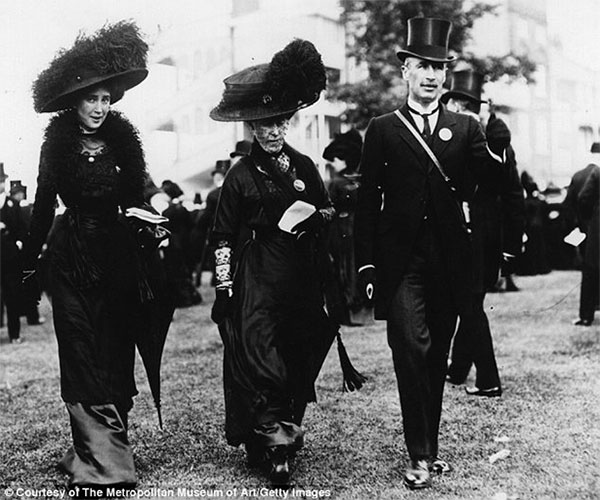 The thematic exhibition will be organized chronologically and feature mourning dress from 1815 to 1915, primarily from The Costume Institute’s collection. The calendar of bereavement’s evolution and cultural implications will be illuminated through women’s clothing and accessories, showing the progression of appropriate fabrics from mourning crape to corded silks, and the later introduction of color with shades of gray and mauve.

“Elaborate standards of mourning set by royalty spread across class lines via fashion magazines,” said Ms. Regan, “and the prescribed clothing was readily available for purchase through mourning ‘warehouses’ that proliferated in European and American cities by mid-century.” 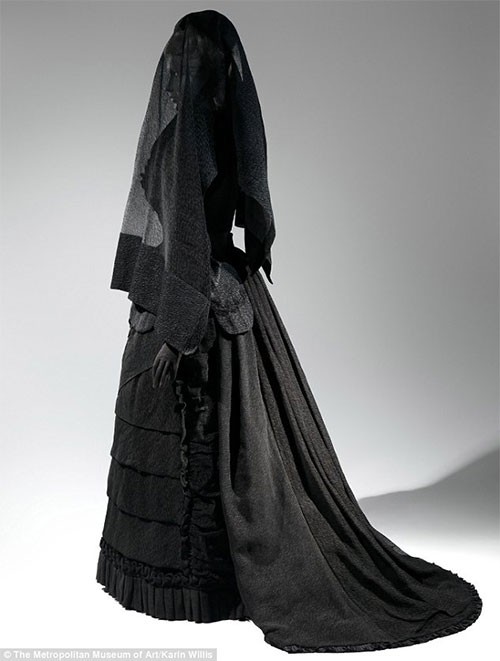 The Anna Wintour Costume Center’s Carl and Iris Barrel Apfel Gallery will orient visitors to the Death Becomes Her: A Century of Mourning Attire exhibition with fashion plates, jewelry, and accessories.  The main Lizzie and Jonathan Tisch Gallery will illustrate the evolution of mourning wear through high fashion silhouettes and will include mourning gowns worn by Queen Victoria and Queen Alexandra.  Examples of restrained simplicity will be shown alongside those with ostentatious ornamentation.  The predominantly black clothes will be set off against a stark white background and amplified with historic photographs and daguerreotypes.