Oheka Castle is an historic privately owned mansion surrounded by impeccably manicured grounds and is the second largest private home in America. The estate is located on Long Island’s Golden Coast between New York City and The Hamptons. In recent years Oheka Castle has operated as a 32-room luxury hotel; nightly rates range between $400 and $1,100 and has proved a popular wedding venue for socialites, celebrities and dignitaries. 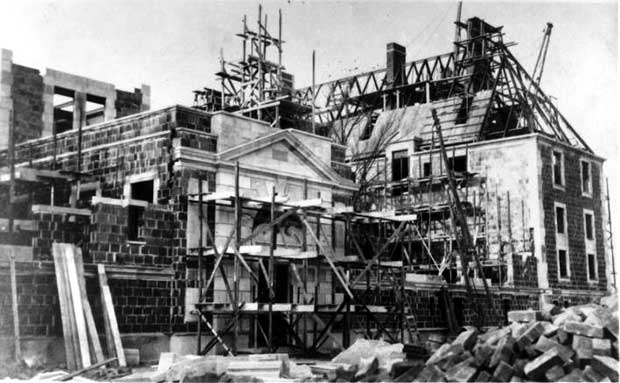 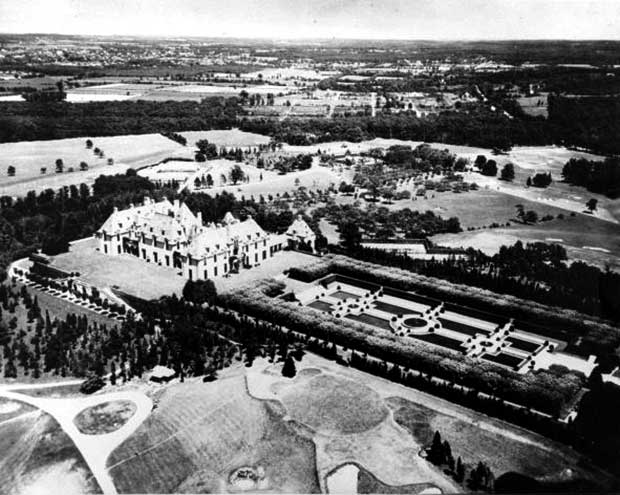 Almost a century ago, financier and philanthropist Otto Hermann Kahn built Oheka Castle in the middle of a 443-acre plot on the highest point on Long Island for an estimated cost of $11 million dollars, $110 million dollars in today’s currency. At the time of its construction, the French-style chateau was and today remains, the second-largest private residence ever built in North America. During the Gilded Age of the 1920s, Kahn used the 109,000 square foot, 127- room estate as a summer home, where he hosted lavish parties and regularly entertained royalty, heads of state, and Hollywood stars. 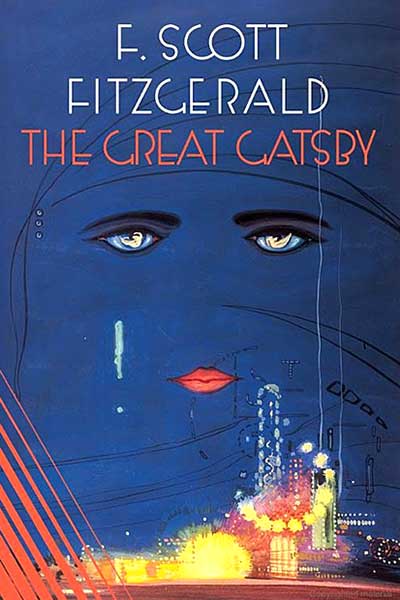 The Great Gatsby, by F. Scott Fitzgerald, is an exemplary novel of the 1920s Jazz Age. It is the story of the fabulously wealthy Jay Gatsby and his love for the beautiful Daisy Buchanan, of lavish parties on Long Island at a time when The New York Times noted “gin was the national drink and sex the national obsession.”

Oheka Castle is said to have provided inspiration for Jay Gatsby’s estate in F. Scott Fitzgerald’s 1925 novel, The Great Gatsby.

“The one on my right was a colossal affair by any standard — it was a factual imitation of some Hotel de Ville in Normandy, with a tower on one side, spanking new under a thin bead of raw ivy, and a marble swimming pool, and more than forty acres of lawn and garden. It was Gatsby’s mansion.”

The Oheka estate, like Gatsby’s, was complete with a swimming pool. Sitting on 443 acres, the castle boasted triangulated roofs, ornate stonework, and chimneys for 39 fireplaces that were characteristically French, thus reinforced the French Normandy craze of the 1910s, during which Gatsby’s house was theoretically built. With the added 18-hole golf course, tennis courts, orchards, greenhouses, stables, and a landing strip, Oheka Castle was the essence of “colossal.”

Fitzgerald, of course, drew from many sources to conjure up the spectacle that was Jay Gatsby’s mansion, but it is most fascinating that such an opulent residence did exist, at least in parts. It is said that between the Civil War and World War II, an estimated 975 estates were built between Manhattan and Montauk. The North Shore, the northern coast of Long Island that borders Long Island Sound, was dubbed the Gold Coast, an idyllic playground painted with polo fields, golf courses, country clubs and gardens. It is assumed that this location is the setting of Fitzgerald’s East and West Eggs. 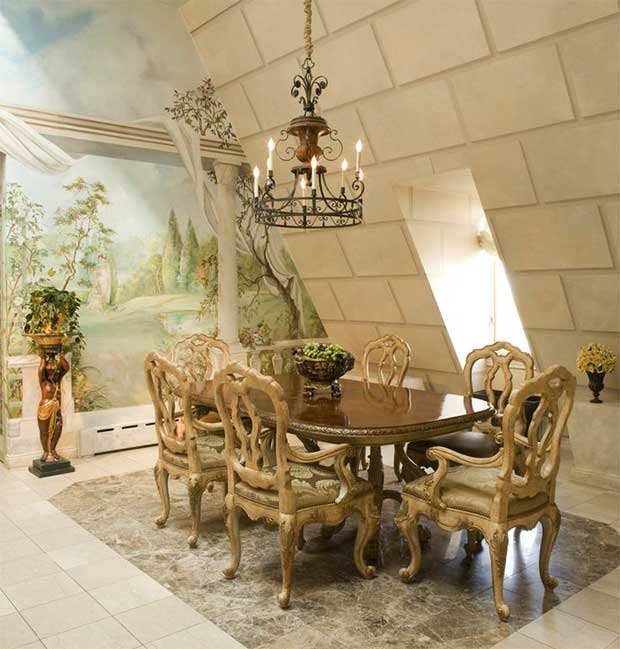 After Otto Kahn died in 1934, the estate changed hands several times, serving as a retreat for New York sanitation workers and a government training school for Merchant Marine radio operators. In 1948, the Eastern Military Academy bought Oheka Castle, bulldozed the gardens, subdivided the rooms and painted the walls. After the school went bankrupt 30 years later, Oheka stood abandoned and forgotten, except by vandals who set more than 100 fires in five years. 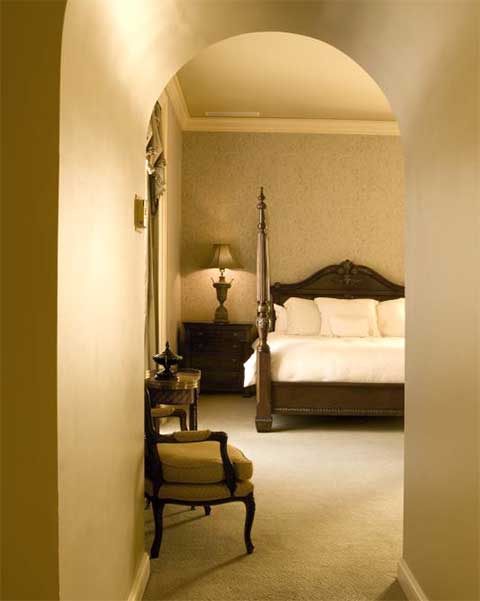 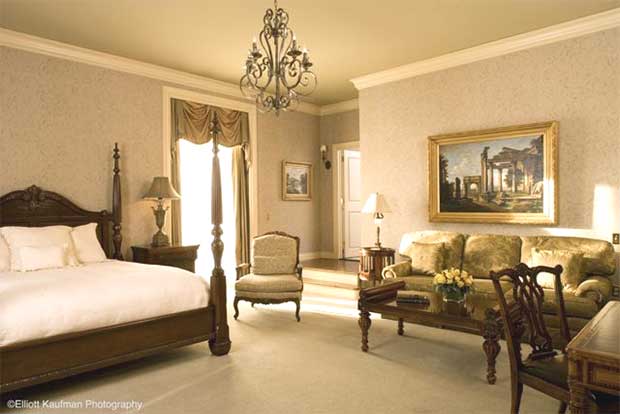 In 1984, developer Gary Melius purchased Oheka Castle and the remaining 23 acres surrounding the estate and began the painstaking challenge of restoring the property to its original grandeur. Intent on preserving the authenticity of Oheka Castle, architects, historians and researchers were brought in to corroborate and collaborate on every detail. Slate tiles used in the two-year restoration of the roof were sourced from the same Vermont quarry from which Kahn purchased the originals. More than 222 windows and doors were replaced with custom-made replicas. The handcrafted wrought iron railing of the Grand Staircase, originally designed by Samuel Yellin, took two months to refinish. Faux-bois specialists were engaged to restore the walls in the Library and experts were hired to restore the beautiful plaster moldings in the Ballroom and the Library. 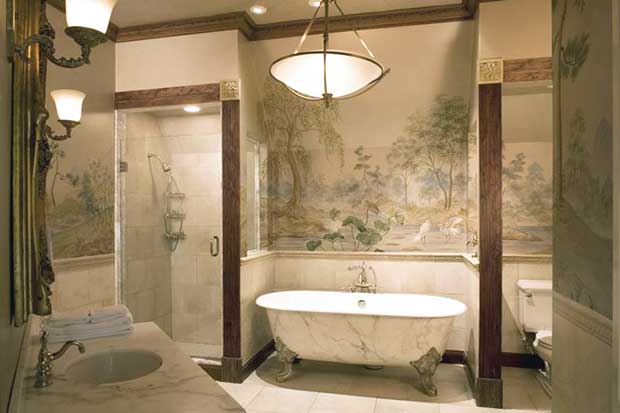 The Formal Gardens were refashioned using the original drawings created by the Olmsted Brothers, one of the nation’s most influential landscape design firms, with careful attention paid to recreating the eight reflecting pools and three fountains. The Olmsted Brothers were the sons of landscape designer Frederick Law Olmsted who designed other notable projects to include the grounds of the White House and United States Capitol and New York’s Central Park. Due to the significance of their work, the brothers played an influential role in creating the National Parks Service. 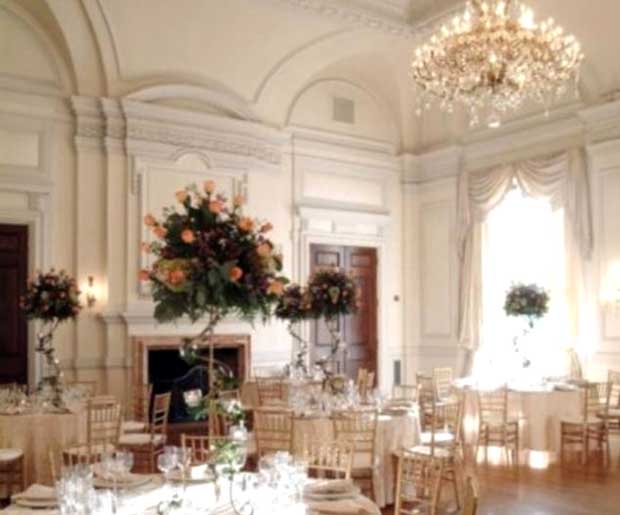 In recent years Oheka Castle has operated as a 32-room luxury hotel, nightly rates range between $400 and $1,100 and has proved a popular wedding venue for socialites, celebrities and dignitaries

Today, Oheka Castle is listed on the National Register of Historic Places and has become the premier venue for exquisite weddings, gala celebrations, romantic weekends, corporate retreats, and has been the backdrop to many photo shoots and music, television, and film productions. After $30 million in restoration – the largest in American History – Oheka is now 70% restored. Oheka remains a symbol within American history and a landmark of Long Island’s Gold Coast.

The Mansion Tour program offer visitors the opportunity to explore the estate and gardens and learn about the extraordinary history of Oheka Castle. Tours are by advanced reservation only and generally conducted daily at 11:00am. Lasting approximately one hour, tours include a guided walking tour of designated public spaces of the estate and gardens and tea, coffee and a selection of cookies made in Oheka’s own Pastry Kitchen to enjoy after the tour.