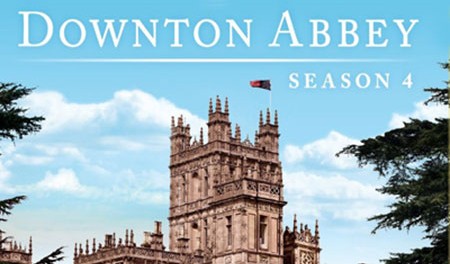 Time to infuse a little period costume drama into your life? 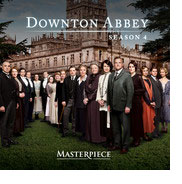 Immerse yourself in a British and American costume drama favorite, and the most-watched TV drama in PBS history, Downton Abbey. Now iTunes is offering a bonus to Downton Abbey fans; if you buy an iTunes Downton Abbey Season 4 Pass  for the show, you’ll receive all current and future episodes plus the bonus materials that fans of period dramas have come to love. All for $19.99. These are the bonus features you will find along with the current and future episodes:

A juicy trailer gives some hints about what’s in store for the residents of Downton Abbey in Season 4. Set in 1922, the fourth series sees the return of our much loved characters in the sumptuous setting of Downton Abbey. As they face new challenges, the Crawley family and the servants who work for them remain inseparably interlinked. Six months after Matthew’s tragic death, his loss is still felt throughout the great house. Mary struggles to face a new future with her fatherless child and is encouraged by the family to pick up the pieces. Accepting a new role on the estate, the now eligible Mary also finds herself the reluctant object of attention from a number of eager suitors. With the twenties in full swing and the tides of change sweeping through Downton, Rose’s continued attraction to the bright lights of London spells trouble for the Crawleys, and Edith’s budding relationship with Gregson is threatened by events beyond her control. Meanwhile, below stairs, passions run high and young hearts look set to be broken.

A look at the Costumes and Set of Downton Abbey Season 4 on Masterpiece. Also join Downton Abbey’s Production Designer on behind-the-scenes tour of the downstairs kitchen set where he reveals fascinating facts about the kitchens’ mammoth stove, the sink, the household indicator board, and the genuine 1919 vintage mixer that makes an appearance in season 4.

Meet Downton Abbey’s historical advisor and discover why the cast calls him “The Oracle” as they discuss how Alastair Bruce’s advice is critical to the actors’ performances, and to the success of the series.

What are the challenges of shooting in modern London a series that takes place in the 1920s? Find out as Downton Abbey producers and designers discuss the joys and logistical nightmares of shooting in one of the world’s busiest cities.

Actors and crew speak about returning for a fourth season of Downton Abbey. Get a backstage look on locations and interviews with cast.