Established out of necessity during the Civil War, national cemeteries have evolved from simple burial grounds to national memorials honoring all those who serve. An online Civil War Era National Cemeteries travel itinerary, developed by the National Park Service and the U.S. Department of Veterans Affairs, is available at Civil War Era National Cemeteries. The itinerary commemorates the 150th anniversary of the Civil War by tracing the history and importance of the 116 national cemeteries created before 1870. 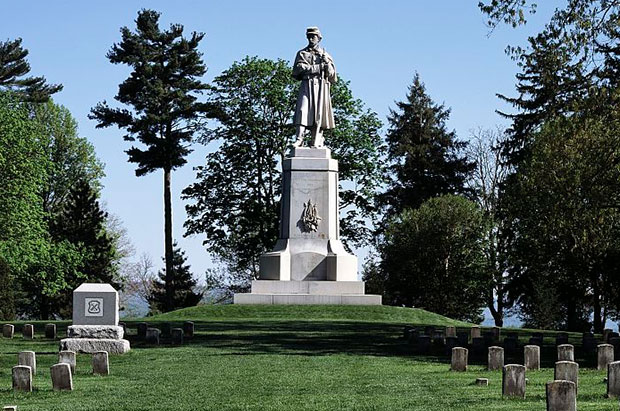 Statue “The Private Soldier”:  Dedicated in 1867, Antietam National Cemetery, located within the boundaries of the Antietam National Battlefield, is the final resting place for more than 4,700 Union soldiers killed at the Battle of Antietam and on other Maryland battlefields.

“A visit to a national cemetery is accompanied by many emotions – gratitude, awe, pride, sadness,” said National Park Service Director Jonathan B. Jarvis. “It is important to honor those buried there and remember that each one of them made sacrifices, many the ultimate sacrifice, to protect our country and our way of life.”

Maps, information and essays provide insight into the history and role of military cemeteries. The first national cemeteries were started in 1862; a year after the Civil War began. Although first set aside only for those killed in battle, by 1873 any Union veteran of the war could receive burial in a national cemetery. 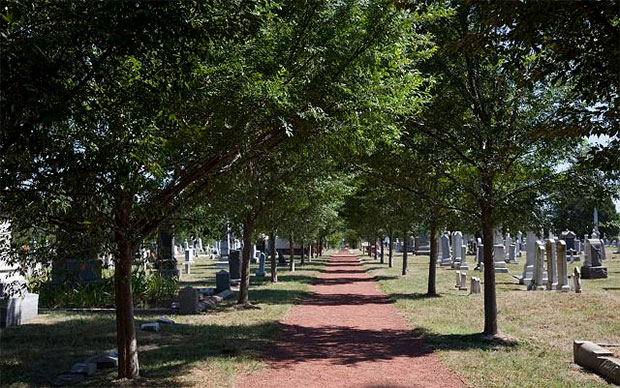 Congressional Cemetery:  In Washington, D.C., contains the remains of some of the early nation’s most respected leaders. In 1807 a burial ground for citizens in the east end of the new federal city was founded. In the first 5 years, 13 members of Congress, two vice presidents, and numerous military and government officials were interred, along with a number of ordinary citizens. 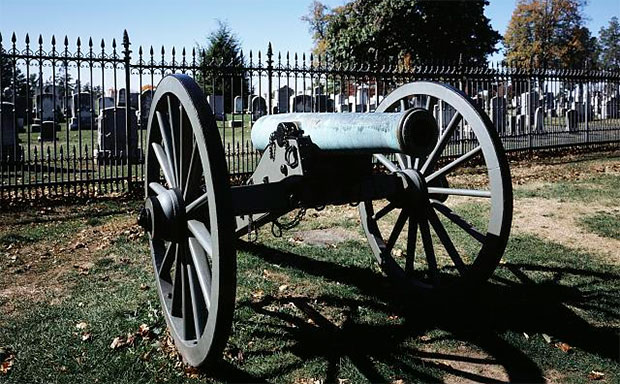