Children around the world will await the new toys they hope to receive for the holidays this winter, just as they have for generations. This year to usher in the joys of the holiday season, a delightful exhibition, A World Made Small, will officially open on Dec. 5 at the DeWitt Wallace Decorative Arts Museum, one of the Art Museums of Colonial Williamsburg. 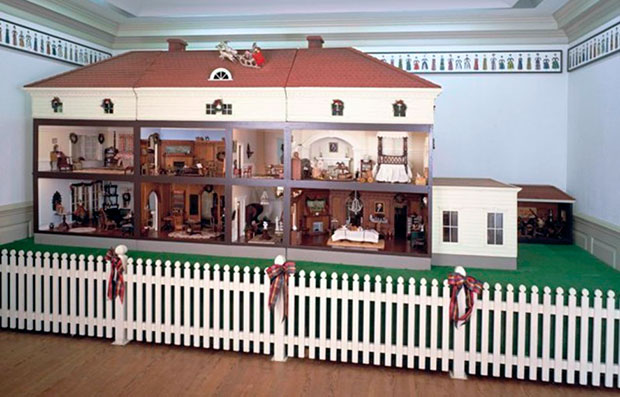 From dollhouses that are fully furnished for girls with which to play and learn housekeeping to building sets, such as forts, for boys to enjoy, these miniature buildings from the 19th century are sure to charm museum visitors young and old alike. The exhibition will remain on view through Sept. 7, 2015.   The Colonial Williamsburg toy collection is vast, and its dollhouses represent a span of more than 100 years. A World Made Small will showcase seven unique dollhouses the earliest of which, the Morris-Canby-Rumford Dollhouse, dates to 1820 and was made in Philadelphia. 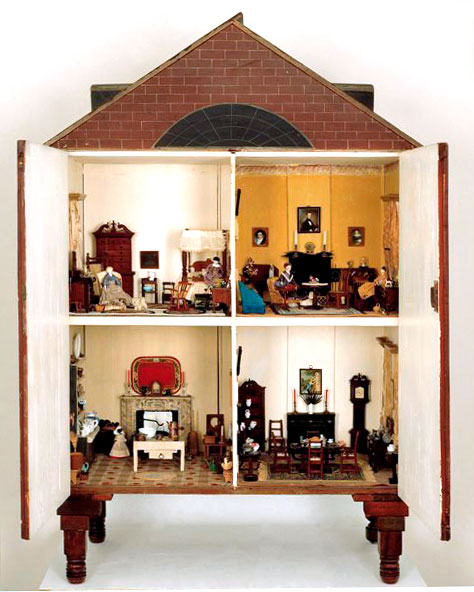 Wood and various materials were used to make this dollhouse for twin girls, Elizabeth Clifford Morris and Sarah Wistar Morris, when they were about 7 years old. It stayed in the same family for generations until given to the museum in the 1980s. Each generation cared for and added to the house; it includes original furnishings from the 1820s as well as detailed furnishings made in the 1930s.

“So many of the objects we show at the Art Museums tell the story of the adult world. The toys in our collection provide us with the opportunity to explore the child’s world,” says Jan Gilliam, manager, exhibit planning and associate curator of toys. “Imaging young hands arranging the furniture in a dollhouse or preparing wooden soldiers to storm the fort help to remind us that children of the past were playful and imaginative and maybe not so different than children today.”

The star of the Art Museums’ collection, the Long Island Dollhouse, is the largest at 15 feet long. This wonderful, 11-room house (plus a tool shed) was found in the late 1960s in an old Long Island home that was being demolished. The house dates to about 1900 and was probably based on homes in the area. It came with only a few furnishings, which have been supplemented over the years with antique miniatures as well as modern pieces, some based on the collection of the Abby Aldrich Rockefeller Folk Art Museum (the other of the Art Museums of Colonial Williamsburg), which purchased the house in 1969 from the famous New York toy seller F.A.O. Schwarz.

Other dollhouses in the exhibition will include a house made in the Chesapeake around 1835 for the granddaughter of an early governor of Virginia; a unique house made from a packing crate and furnishings made from scrap wood for a young girl whose mother took in boarders by one of the men living with the family; two dollhouses made in the 1890s—one almost four feet tall and the other a tabletop folding cardboard house; and the most recent in the collection from the 1940s that came to the Art Museums directly from the original owner.

In addition to the dollhouses, A World Made Small will also feature other toy buildings including German wooden toy sets from the late 19th century. One set consists of a castle-like fort surrounded by soldiers and tents while another replicates a 19th-century farm complex complete with horses and sheep. The exhibition will also display a set of antique spelling blocks that when put together properly create the village schoolhouse.