No description of 19th century women’s fashions would be complete without some mention of the notorious lady, Amelia Jenks Bloomer, who had the courage to attempt to introduce reform in the conventional dress for women. It is said that the first man who carried an umbrella was mobbed through the streets of London because of its oddity; therefore, it is not surprising that the first woman who took on “pantalettes” as part of her public dress became at once the object of vulgar curiosity and idle gossip. 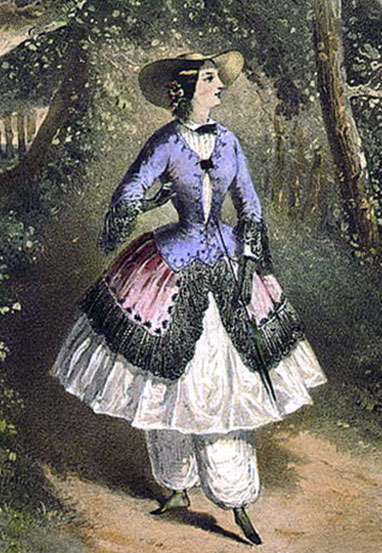 Hand-colored lithograph of the music cover for the “Bloomer Waltz, (costume for summer)” published in 1851 showing a woman in the notorious bloomer costume walking along a path in a wooded area.

Amelia Bloomer was an American women’s rights advocate who proclaimed her strong views regarding reform in feminine attire in her publication The Lily. In 1849 she took up the idea, previously originated by Mrs. Elizabeth Smith Miller, of wearing a short skirt and loose trousers gathered round the ankles. 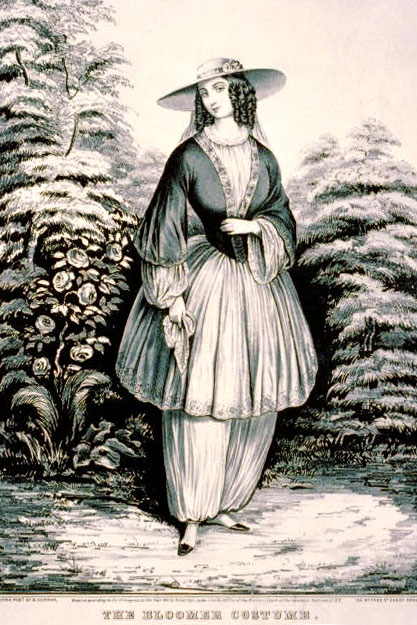 A Currier & Ives rendition of the bloomer costume, c1851.

Reportedly, Elizabeth Smith Miller began wearing the outfit of Turkish pantaloons and a knee length skirt after seeing this type of clothing on a trip to Europe. This design was an attempt to preserve a Victorian woman’s modesty while providing freedom of movement in household activities. The name of “bloomers” gradually became popularly attached to any divided skirt or knickerbocker dress for women because of Amelia Bloomer’s strong advocacy. 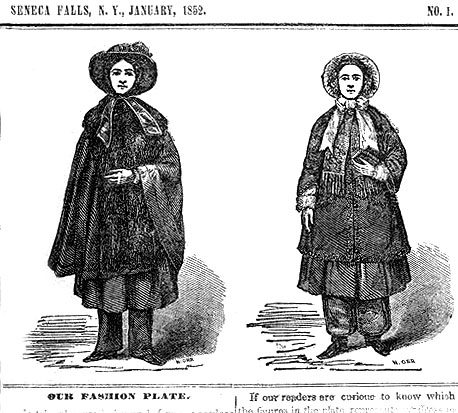 The costume that Bloomer advocated was sometimes referred to as the Camilla, consisting of short skirts reaching just below the knees, and long pantalettes. The bloomer costume was popular for some time by most of the leaders in the women’s rights movement. 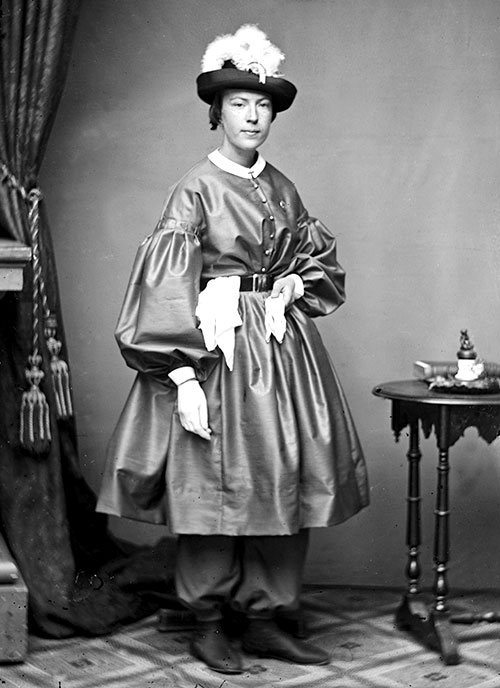 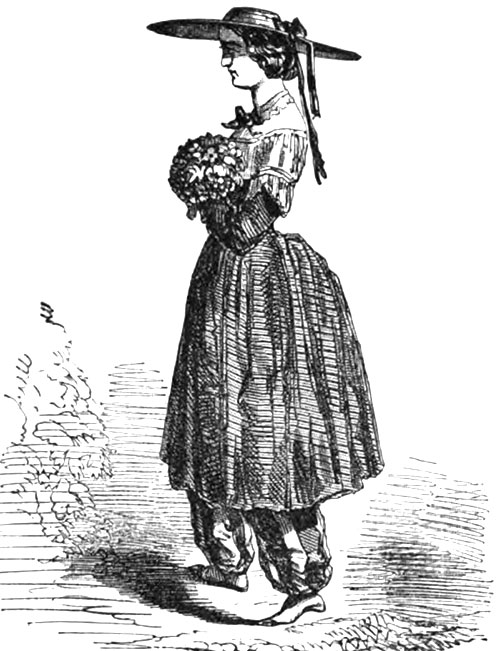 The bloomer outfit was changed numerous times but eventually discarded because of the amount of attention given to its criticism in the press. Nevertheless, the name “bloomers” survived in women’s fashion as a generic term for Turkish-style pantaloons, divided skirts, and for the knickerbockers worn by women when riding bicycles in the 1890s.