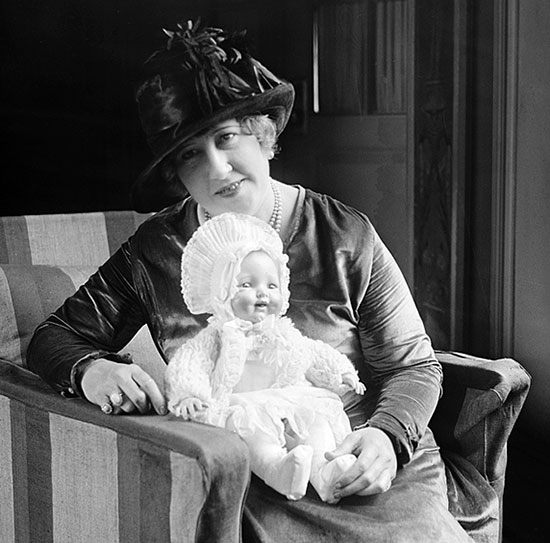 Beulah Louise Henry with her latest invention in 1927: an air baby doll that can be bathed and looks like a real baby.

Beulah Louise Henry was a leading woman inventor in the early 20th century, and was often referred to by the press as “The Lady Edison” for her unusual success for a woman in the field of invention. During her lifetime, she held forty-nine patents on articles ranging from dolls to an ice cream freezer (issued in 1912). Several of her inventions were focused on women and their fashions. 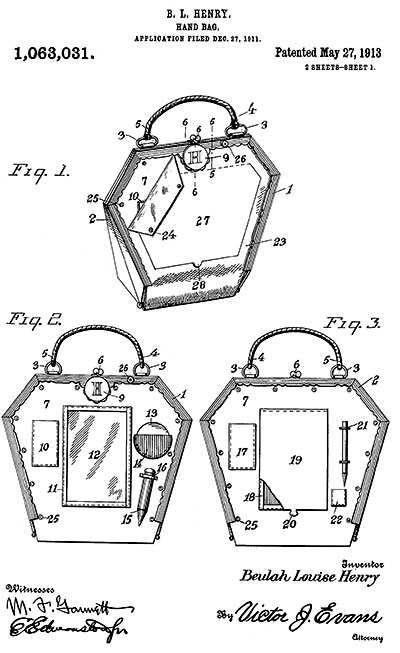 One of her earliest patents was filed in 1911 and issued in 1913 for a hand bag with interchangeable covers whereby the same handbag could be “used with gowns of different shades, thereby avoiding the necessity of having a number of hand bags and of using a hand bag of some color that does not match with the gown being worn.” 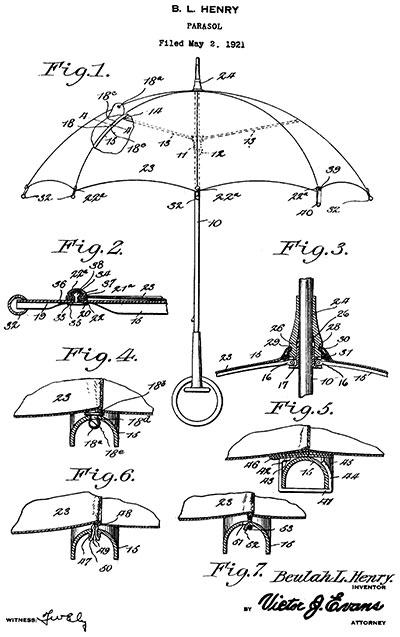 One of her most successful inventions (1924) was again an ingenious article of fashion for women – a parasol with interchangeable snap-on cloth covers. The purpose of this invention was “to provide the stick or rod with a detachable cover so that when the invention is incorporated as part of a parasol, a cover of one color or design can be readily separated from the frame of the structure and one of another color and design substituted.” 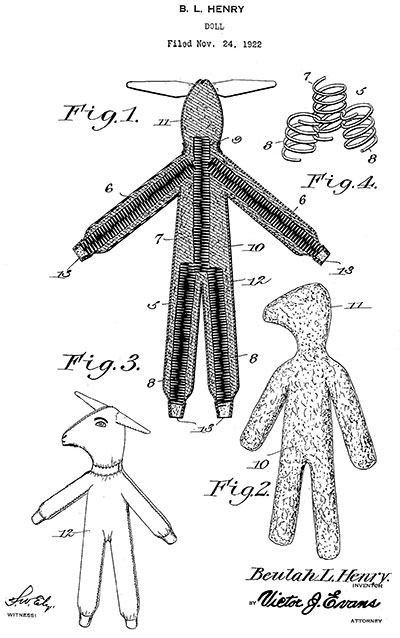 In 1925, Beulah Henry invented a spring limb doll.  With her invention, a child’s toy was given “life-like animation or springiness” and was capable of various arm and leg contortions. 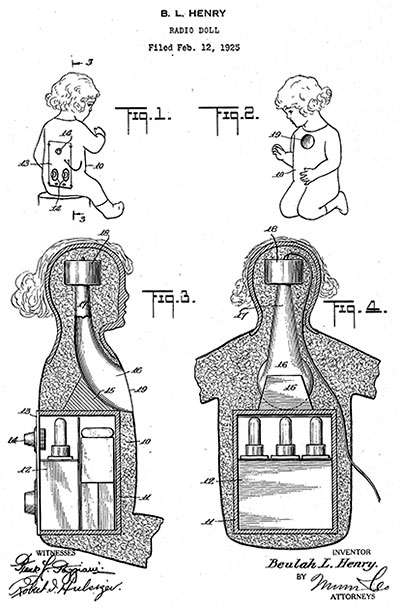 Also in 1925, Henry was issued a patent for her invention, the Radiodoll. This doll had a high-class functioning radio mounted within the doll to be used as an ornamental article in a room. According to Henry’s patent filing, the doll would be “exceedingly attractive for children and which will appeal to them, although having real value as a radio apparatus and not a toy.”

Though Henry’s total of 49 patents may seem small compared with those of male inventors in the early 20th century, they loom large in comparison with those of others of her sex. In the early 20th century, less than 2 percent of the patents issue by the U.S. Patent Office were granted to women. In 2006, Beulah Henry was inducted into the National Inventors Hall of Fame.