Houmas House Plantation and Gardens is located along the Mississippi in Louisiana’s Plantation Country on Historic River Road. In addition to the refurbished 21-room Greek Revival mansion, there are massive fountains, lagoons and an original alley of oak trees more than 200 years old. Highlights from the grounds and gardens include two symmetrical octagonal garçonnières – structures unique to Louisiana plantations to house the adolescent sons of the plantation owners.

Currently there are thirty-eight acres, sixteen  of which are maintained as the formal grounds to the mansion. Houmas House once  boasted 300,000 acres total and during its  sugar-producing heyday in the 1860s the plantation had 98,000 acres under  cultivation. Special events at Houmas House Plantation and Gardens are truly memorable, from the small picnic or intimate dinner party to a grand reception, large corporate outing or family reunion. 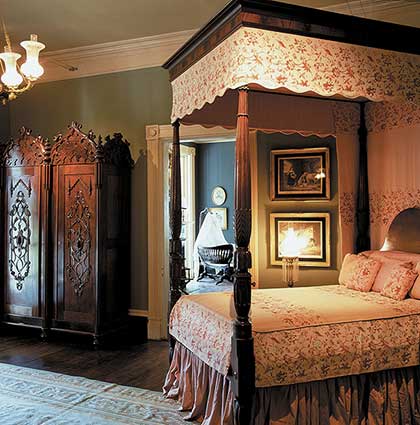 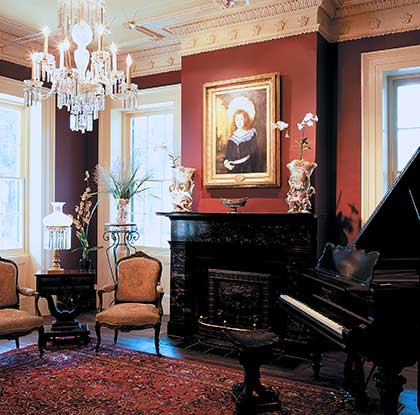 Houmas House Plantation and Gardens offer visitors a unique historical glimpse into the resplendent world of Southern Plantation  life and the days of glory for what was once Louisiana’s  biggest sugar cane plantation. In 1770, Alexander Latil built the original  house on land purchased from the Houmas Indians who occupied the region; thirty  years later he sold it to Wade Hampton who named the property “Houmas House” after the Indians. In 1825, Col. John Preston and his wife Caroline, son-in-law  and daughter of Hampton, took over the property.

By 1840, construction of the current mansion was completed. In 1858, the Preston’s sold the house and 12,000 acres for $1 million to Irishman John Burnside, one of the nations leading  sugar producers, and to this day, the home is sometimes referred to as the  “Burnside House.” 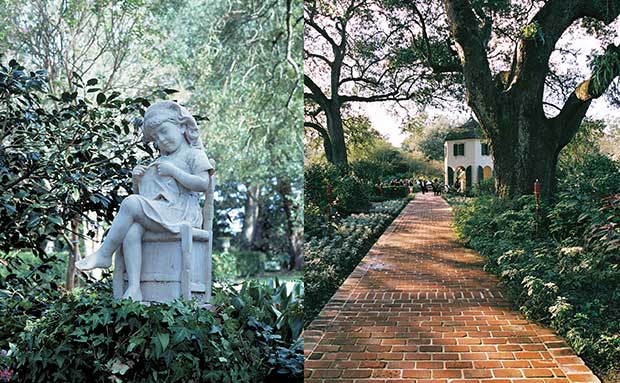 In November 2003, Houmas House Plantation and  Gardens opened to the general public after an extensive renovation, enhancement and restoration to the gardens, home and surrounding property. Houmas House  owner Kevin Kelly, also a real estate developer and preservationist, purchased  the house in May 2003. 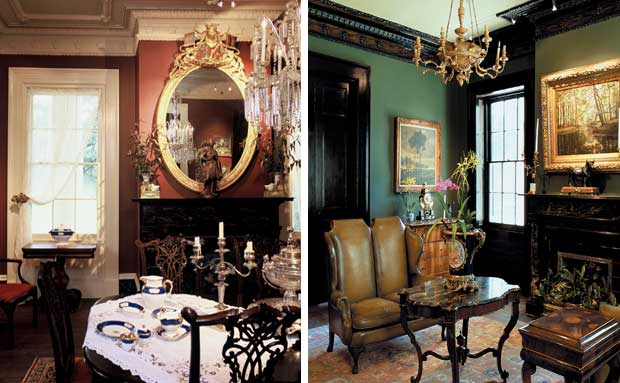 “Purchasing Houmas House was a project I have  always dreamed about,” said Kelly. “I am excited to re-open the property to  Louisianians and travelers that come from all over the world to explore plantation life. Houmas House has been revamped to showcase the best parts of its  history and our tour guides are ready to tell the exciting stories of its  past.”

The French House, built in the 1770’s by  Alexander Latil, and now the rear wing of the Houmas House Mansion, boasts the Latil’s  Landing Restaurant. This 230 year old house, complete with original beamed  ceilings, cypress mantels, wood burning fireplaces, and original antique hardwood  flooring, is set between the Garden Carriageway and the Hampton Fountain and  Gardens.  Along with a museum quality collection of art and artifacts, each  dining experience is accented by French Limoge china and dinner service,  replicated from the originals of Houmas House, first created for Wade Hampton  in the 1830s. 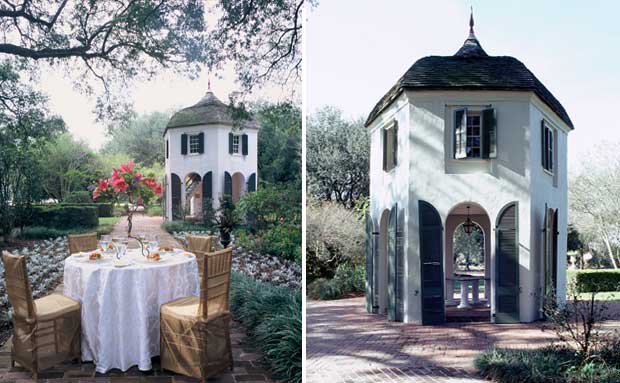 Highlights from the grounds and gardens include two  symmetrical octagonal garçonnières – structures unique to Louisiana  plantations to house the adolescent sons of the plantation owners. 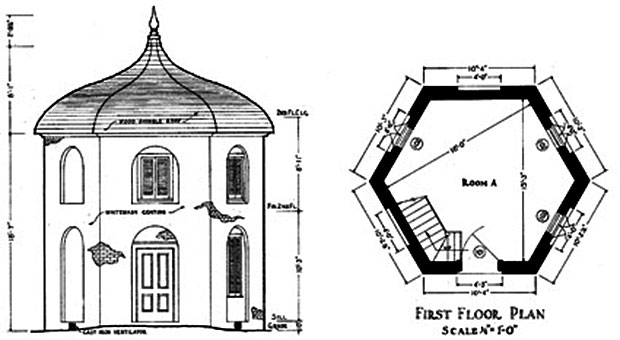 Drawings of the garçonnière.
[Image: Library of Congress Prints and Photographs  Division] 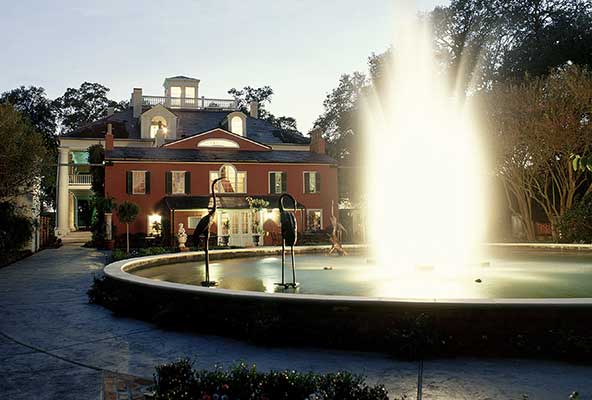 Highlights from the interior of the house  include a mural scene featuring sugar cane fields painted by Craig Black, the present  day caretaker, a self-taught artist. Many River Road plantations featured  murals, including a nearby neighbor with an African mural motif (lions, etc.)  that was reportedly so realistic it frightened some guests.

Also showcased is a rare 1848 Louisiana Census Map given to  Col. John Preston, former owner of Houmas House, found hidden in the attic for  more than 140 years and an antique set of original Paris porcelain china serving pieces from 1848  with the “Houmas House” name.

Since the property reopened to the public, the riverboat, the  Delta Queen, is making regular stops to allow guests to tour the house and  grounds. The Delta Queen pulls into the levee and lowers the gangplank just  like over a century ago. Film and television productions filmed on  location include the 1964 Hush, Hush Sweet Charlotte, 1975 Mandingo, 1981 All My Children, 1988  Fletch Lives, 2007 K-Ville, and 2010 Revenge of the Bridesmaids.

Houmas House Plantation and Gardens is open on  Monday and Tuesday, 9 a.m. until 5 p.m. and Wednesday through Sunday, 9 a.m. until 8 p.m. is located at 40136 Highway 942 River Road, Darrow, Louisiana, four miles from I-10  between New Orleans and Baton Rouge. Web site: www.houmashouse.com