Terror and Wonder: The Gothic Imagination at the British Library, the UK’s largest exhibition of Gothic literature, explores Gothic culture’s roots in British literature and celebrates 250 years since the publication of the first Gothic novel. 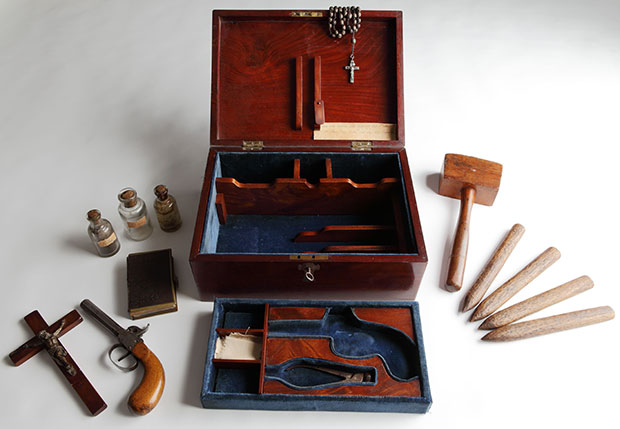 Alongside the manuscripts of classic novels such as Frankenstein, Dracula and Jane Eyre, the exhibition brings the dark and macabre to life with artifacts, old and new. Highlights of the exhibition include a vampire slaying kit and 18th and 19th century Gothic fashions, as well as one of Alexander McQueen’s iconic catwalk creations. Also on display is a model of the Wallace and Gromit Were-Rabbit, showing how Gothic literature has inspired varied and colorful aspects of popular culture in exciting ways over centuries. 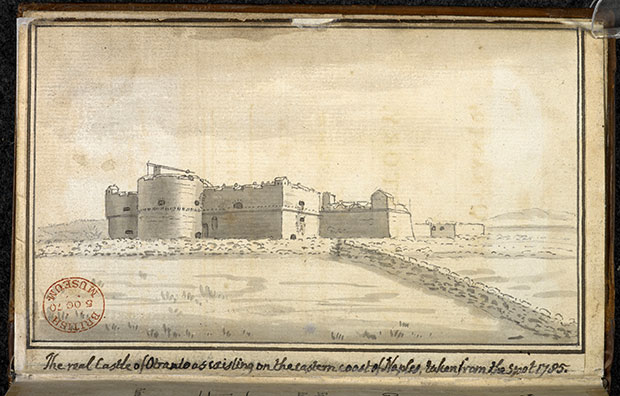 Celebrating how British writers have pioneered the genre, Terror and Wonder takes the first Gothic novel, The Castle of Otranto by Horace Walpole, and exhibits treasures from the Library’s collections to carry the story forwards to the present day. Eminent authors over the last 250 years, including William Blake, Ann Radcliffe, Mary Shelley, Charles Dickens, the Brontës, Edgar Allan Poe, Bram Stoker, MR James, Mervyn Peake, Angela Carter and Neil Gaiman, underpin the exhibition’s exploration of how Gothic fiction has evolved and influenced film, fashion, music, art and the Goth subculture. 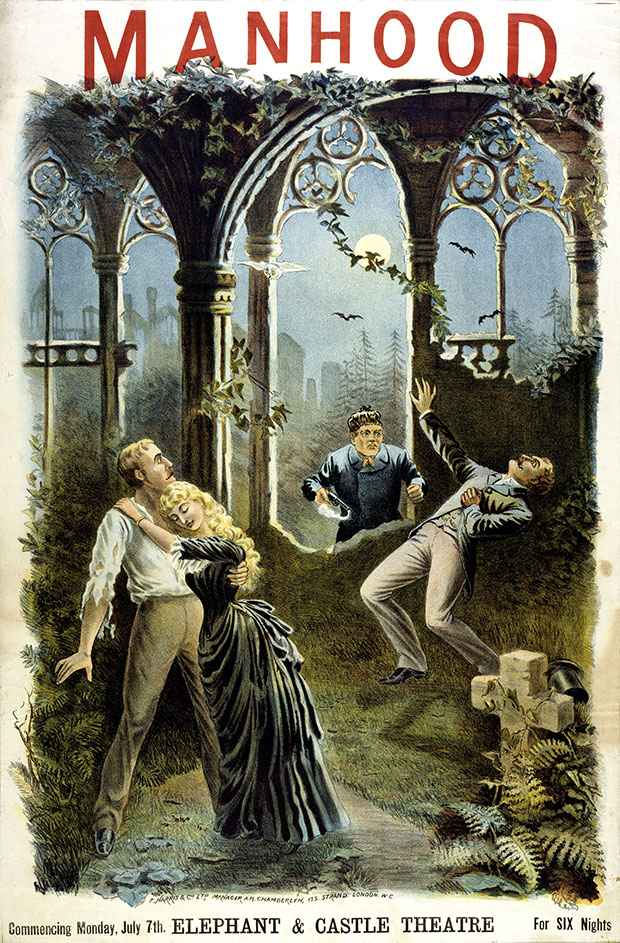 Poster containing Gothic themes for the play ‘Manhood’, performed at the Elephant and Castle Theatre in July 1890.

Lead curator of the exhibition, Tim Pye, says: “Gothic is one the most popular and influential modes of literature and I’m delighted that Terror and Wonder is celebrating its rich 250 year history. The exhibition features an amazingly wide range of material, from stunningly beautiful medieval artefacts to vinyl records from the early Goth music scene, so there is truly something for everyone”.

From Nosferatu to the most recent zombie thrillers, the exhibition uses movie clips, film posters, costume designs and props to show how Gothic themes and literature have been adapted for stage and screen, propelling characters like Dracula, Jekyll and Hyde and Frankenstein’s monster to mainstream fame. Exciting exhibits on loan to the Library include Clive Barker’s original film script and sketches for Hellraiser, as well as Stanley Kubrick’s annotated typescript of The Shining. 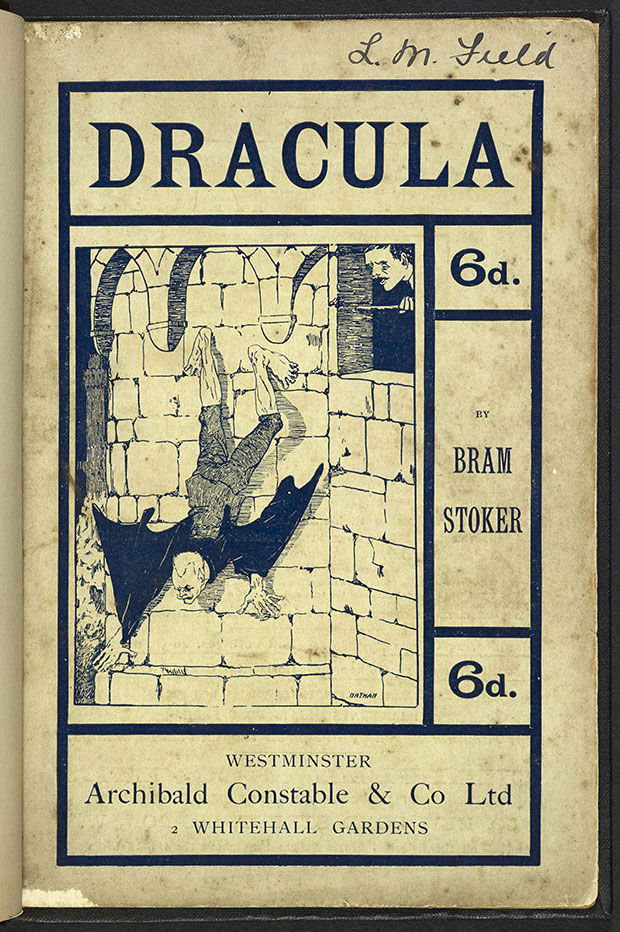 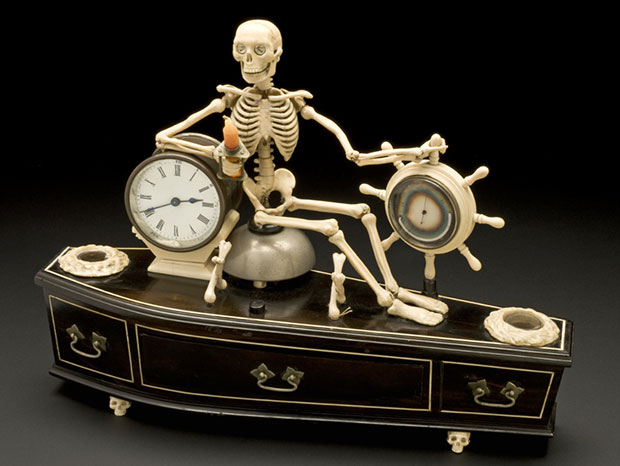 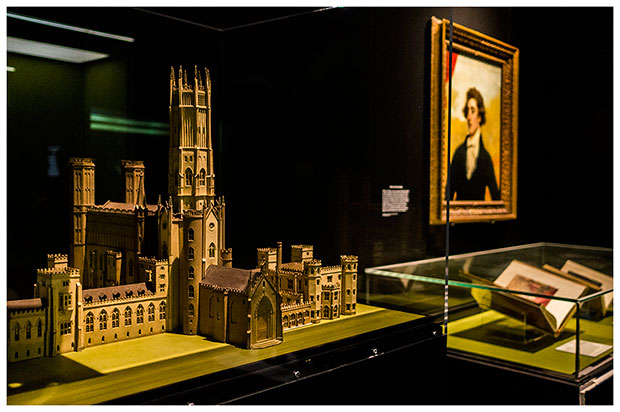 Showing how Gothic fiction has inspired great art, the exhibition features fine paintings and prints, such as Henry Fuseli’s ‘Hamlet, Prince of Denmark’ and Nathaniel Grogan’s ‘Lady Blanche Crosses the Ravine’, a scene taken directly from the ‘Queen of Terror’ Ann Radcliffe’s The Mysteries of Udolpho. These classic images precede dramatic contemporary artworks, such as Jake and Dinos Chapman’s series “Exquisite Corpse”, showing how the dark and gruesome still inspire today’s artists. 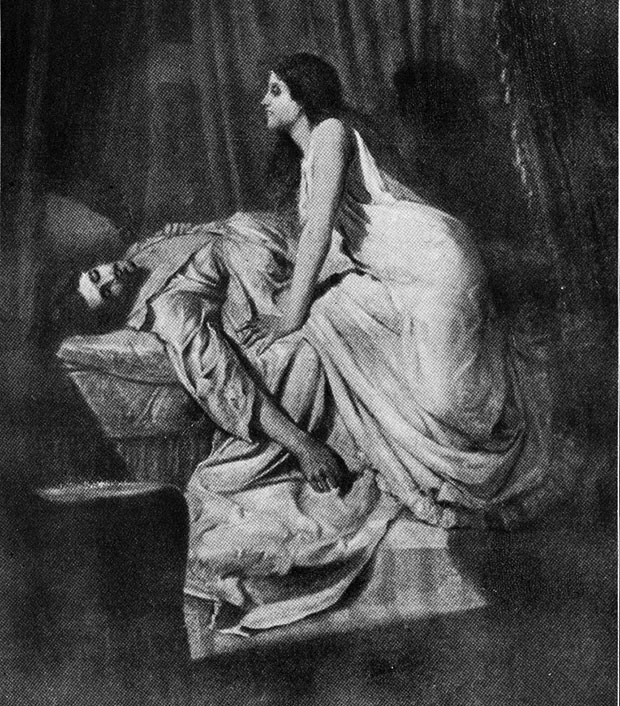 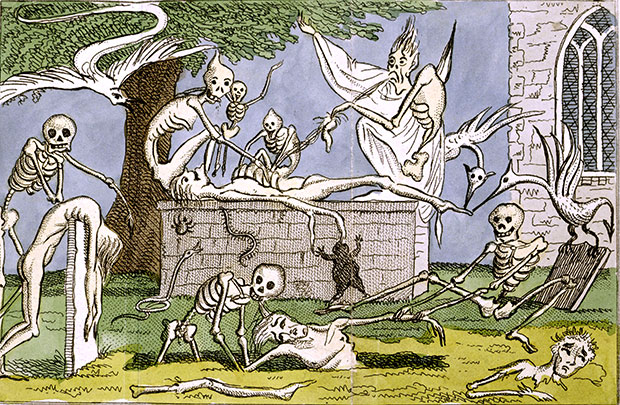 Celebrating the British Goth scene, the exhibit reveals a brand new series of photographs of the Whitby Goth Weekend by the award-winning photographer Martin Parr. Commissioned specially for this exhibition, the photographs take a candid look at the biannual event, which takes place in the town famously featured in Dracula, capturing its diversity and energy.

The Library has put their literary treasures online for the world to see on the website, Discovering Literature. Many of the Gothic literary greats featured in the exhibition, including the Brontës, Charles Dickens and Wilkie Collins, can be explored amongst the Romantic and Victorian literature now available online. 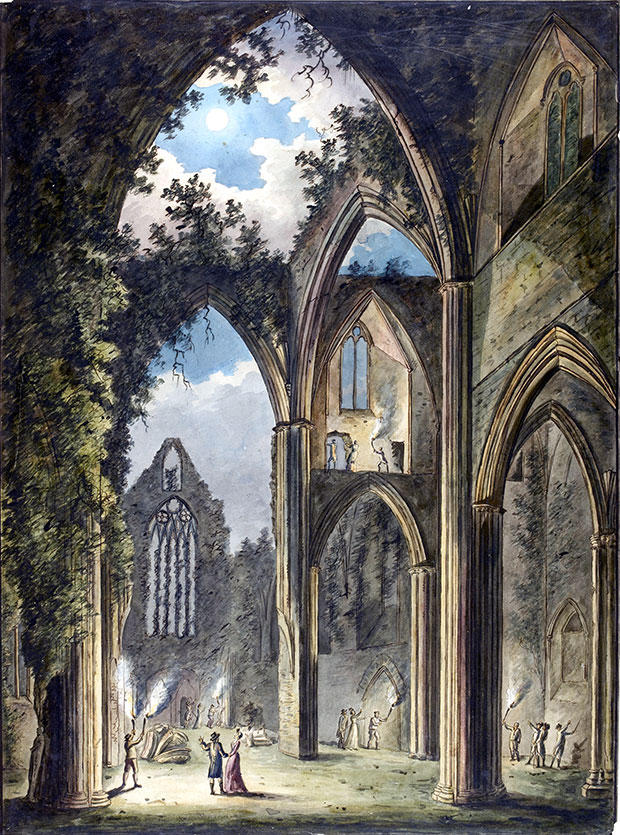 The Library has partnered with BBC Two and BBC Four to celebrate all things Gothic with a new season of programs exploring the literature, architecture, music and artworks that have taken such a prominent place in British culture.

A host of famous literary faces will look back on Frankenstein’s creation in A Dark and Stormy Night: When Horror Was Born, while in The Art of Gothic: Britain’s Midnight Hour, Andrew Graham-Dixon looks back at how Victorian Britain turned to the past for inspiration to create some of Britain’s most famous artworks and buildings. In God’s own Architects: The First Gothic Age, Dr Janina Ramirez looks at Perpendicular Gothic, Britain’s first cultural style and Dan Cruickshank looks back at Gothic architecture’s most influential family in A Gothic Dynasty: A Victorian Tale of Triumph and Tragedy. BBC Four delves into the archives uncovering classic performances from Siouxsie and the Banshees, Bauhaus, The Cure, Sisters of Mercy, The Mission and more in Goth at the BBC. 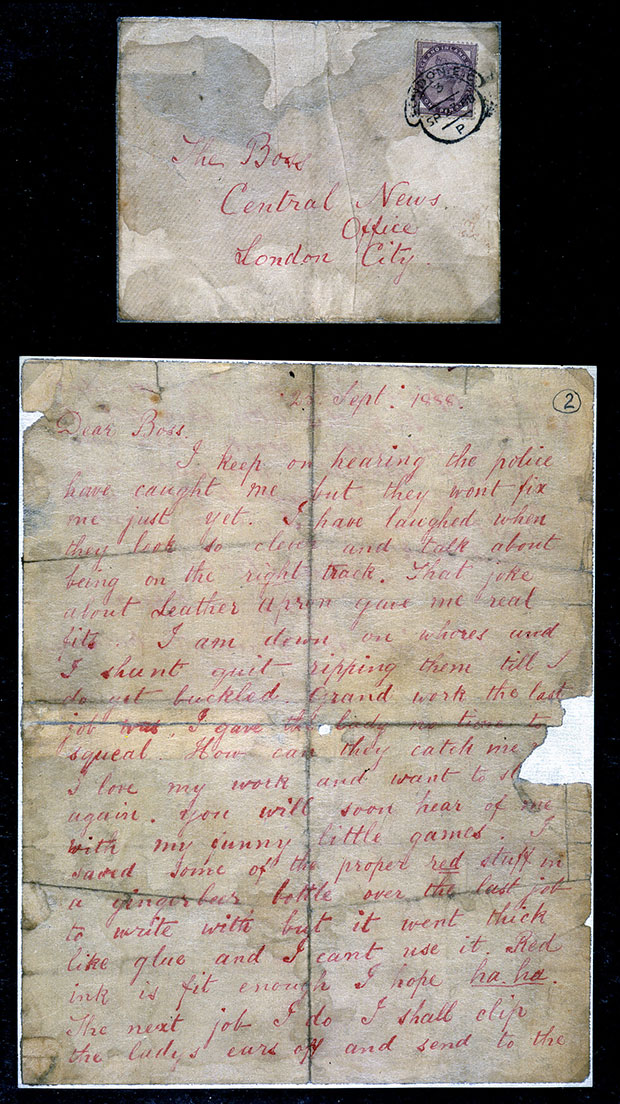 For the second year running the Library, GameCity and Crytek are running an exciting video game competition, Off the Map, this time with a Gothic edge. Following last year’s winners, who recreated London before the Great Fire, this year entrants will use ruined abbeys, the town of Whitby or Edgar Allan Poe as inspiration for a brand new interactive game.